40th anniversary of ordination to the priesthood 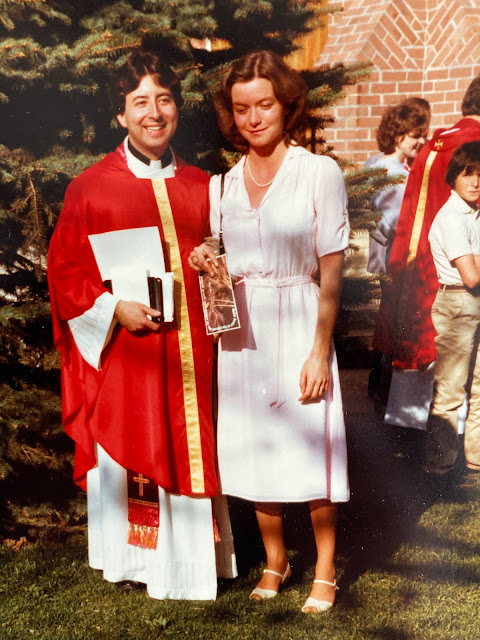 It is hard to believe as the time has flown by, but 9 May is the 40th anniversary of my ordination to the priesthood, which took place in St Jude’s Church, Oakville, Ontario, in the  Diocese of Niagara.

In the presence of Colleen and some close friends I was able to celebrate the anniversary with a quiet eucharist.

Ecumenical relations have been central throughout the years of my priestly ministry, so I was particularly moved that a friend arranged for me to use a a particular chalice and paten for the anniversary mass. 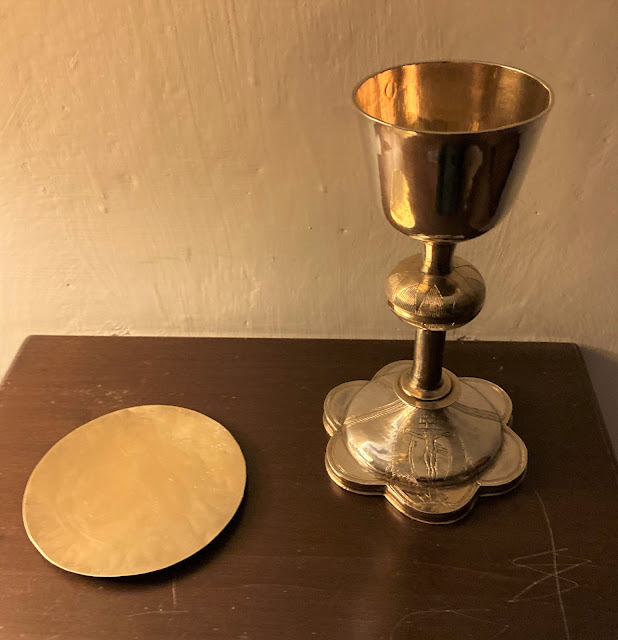 The sacred vessels were from the 16th century and were used by St Edward Campion and other English martyrs, and so are linked to that fraught time in our history when Anglicans and Roman Catholics were persecuting each other in England. I thank God that despite this tragic history, Anglicans and Roman Catholics have made a huge progress towards restoring visible communion, due to the progress of our official dialogue over the past more than 50 years. The homilist for the anniversary celebration was Professor Fr Keith Peckers SJ, professor of liturgy at the Pontifical Gregorian University.

I was asked by a friend to reflect on each decade of priestly ministry so far, and to consider what are the highlights. I never thought that would be such a difficult question! But I could only conclude that the highlights are the gifts and generosity I have received from those I have served over these years, for their kindness, patience, understanding and support. 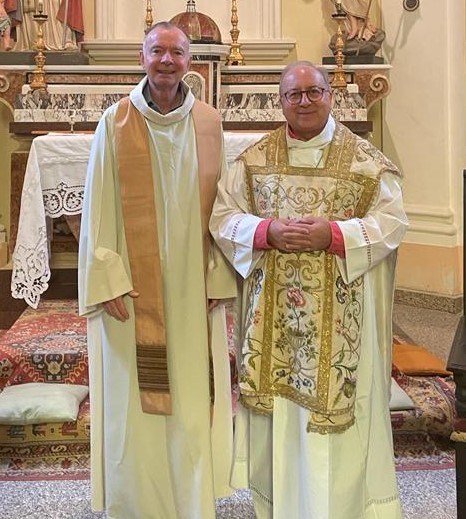 Posted by David Hamid at 12:55
Email ThisBlogThis!Share to TwitterShare to FacebookShare to Pinterest