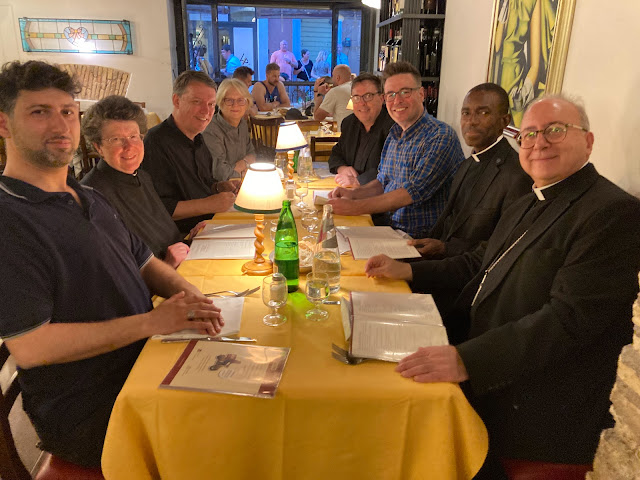 It has been a while due to COVID, but this week some of the the clergy of the Italian deanery were able at long last to meet and to enjoy a meal together as colleagues. The Revd Jules Cave Bergquist is the Area Dean and convoked a clergy chapter in Rome to have some time to share together and to hear from an invited guest, Don Giuliano Savina, the Director of the National Office for Ecumenism and Interreligious Dialogue for the Italian Bishops' Conference.

After the conviviality of the chapter, some serious work followed: the Annual General Meeting of the Association of the Church of England in Italy (ACDI), the first such assembly since the final signing of the treaty between the Church of England and the Italian Republic which grants us some significant rights in Italy. The meeting was hosted in the Anglican Centre in Rome and the clergy were joined by the lay representatives to conduct the essential business of this important body in the life of our diocese.

Tribute was paid to several individuals who have laboured for over 15 years in the long process towards official recognition of our Church in Italy, including Canon Vickie Sims, one time Archdeacon of Italy and Malta, and presently Chaplain of All Saints, Milan. Mother Vickie stepped down as President of ACDI and handed over the presidency to Archdeacon of Italy and Malta, the Ven. David Waller. 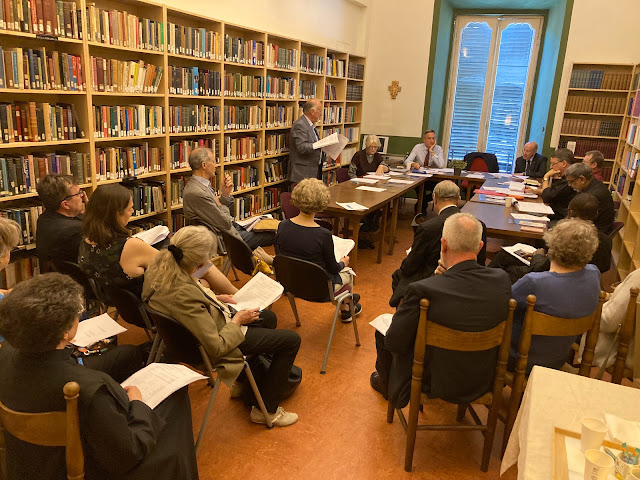 Posted by David Hamid at 18:31
Email ThisBlogThis!Share to TwitterShare to FacebookShare to Pinterest