Europe Day - Sunday May 9: 60th Anniversary of the Schuman Declaration 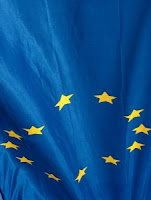 This Sunday is Europe Day. Even those of us who are part of the Church of England Diocese in Europe might easily forget what a dark place this continent was in the early part of the last century. Countless millions of men, women and children had died or been displaced by two world wars. Great cities had been reduced to rubble. On 9 May 1950 the French Foreign Minister, Robert Schuman, a devoted Roman Catholic, issued a declaration, that there would henceforth be free movement of persons, ideas and goods. This free movement was to be underpinned by a Charter of Human Rights, A Court of Justice to guarantee these rights and a European Assembly in Brussels and Strasbourg “where the live forces of our nations shall be represented.” For Schuman, our democracy owed its very existence to Christianity and its commitment to human dignity, freedom and brotherly love.

This Sunday 9 May is, in a very real way, the 60th anniversary of the moment when our modern Europe was born. Our congregations might want to mark this anniversary in some appropriate way. Prayers for peace, security and justice for all might be included, along with thanksgiving for the relative prosperity we, just 7 % of the world's population, enjoy. Amongst the readings set for this Sunday, the 6th Sunday of Easter, is Acts 16.9-13, which describes St. Paul’s first arrival in mainland Europe.

The Revd Canon Dr Gary Wilton, the Church of England's representative to the European Institutions, and a priest of our diocese in Holy Trinity Brussels, has prepared a pamphlet which the bishops of the Church of England have endorsed. It is available here.
Posted by David Hamid at 13:09
Email ThisBlogThis!Share to TwitterShare to FacebookShare to Pinterest