Here is May's book selection. Once again thanks to Dr Martin Davie, the Theological Secretary to the bishops of the Church of England, for these helpful in-depth reviews. (Martin - where do you get time to do all this reading?) If you wish to keep up with current theology the selection here is a good place to start.

This month selection includes volumes on some important theologians such as Barth and Niebuhr, a commentary on Revelation, and some interesting work on ministry, ethics and social teaching.

8 reviews are below. Just click on the read more link. ¡Buena lectura!

Alan Billings, Making God Possible: The Task of Ordained Ministry Present and Future, SPCK, ISBN 978-0-28106-228-7, £14.99.
As its title indicates, this new book by Dr Alan Billings is his contribution to the continuing debate about the nature and purpose of the ordained ministry. His basic argument is that the task of the clergy is to serve the mission and ministry of the Church, which is, in his words, ‘to make God possible.’ How they carry out this task will vary in every era as the Church seeks to respond to changes in society and culture. The book is in two parts. Part 1considers the challenges to Christianity in the twenty-first century raised by recent cultural developments. Part 2 explores a number of the key models of ministry which have developed in the Church, the parson, the minister, the priest, the social activist and the personal therapist and tries to draw out which elements from each model have lasting importance and value and can contribute towards the renewal of the ordained ministry today. This book will be of interest to those being trained for the ordained ministry, those training them and those who are already ordained who want to think afresh about the nature of their calling. 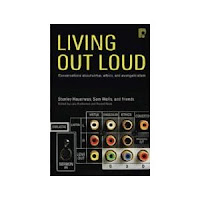 Luke Bretherton and Russell Rook (eds.), Living out Loud, Paternoster, ISBN 978-1-84227-687-7, £8.99.
The sub-title of this book is ‘Conversations about virtue, ethics and evangelicalism’ and that indicates what the book is about. It is a literary conversation between theologians and church leaders from the Evangelical tradition about the meaning of Christian life and witness in the modern world. The bulk of the book consists of essays by Stanley Hauerwas and Sam Wells that have been published elsewhere and that cover topics such as ‘Theology as narrative’, ‘How we lay bricks and make disciples’, ‘On developing hopeful virtue’ and ‘How common worship forms local character.’ These essays are interspersed by two ‘roundtable conversations’ on ‘Evangelicalism and virtue ethics’ involving Stanley Hauerwas and Sam Wells in discussion with Jo Bailey Wells, Luke Bretherton, Steve Chalke, Shane Claiborne and Russsell Rook. The primary issue under discussion is whether Christian ethics is primarily about following rules or becoming a certain type of person and the main argument that emerges from the book is that faithful Christian discipleship has more to do with developing good habits than following rules. In addition, forming good habits requires participation in communities that can transform us and those around so that we become the kind of people who can live in God’s way in God’s world. This book is a helpful way into the discussion of virtue ethics from an Evangelical perspective. 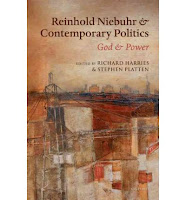 Richard Harries and Stephen Platten (eds), Reinhold Niebuhr and Contemporary Politics, OUP, ISBN 978-0-19957-183-3, £60.00.
The American theologian Reinhold Niebuhr is generally reckoned to have been one of the most important Protestant thinkers of the twentieth century. He wrote extensively in the fields of systematic theology, Christian anthropology and Christian social and political thought. His writings are notable for their combination of a strong commitment to social justice and an equally strong realism about what is politically achievable by human beings in a fallen world and they have influenced a long line of significant political figures including President Obama, who praised Niebuhr’s writings in the run up to the 2008 US Presidential Elections. This new volume of essays on Niebuhr contains contributions from a distinguished collection of writers from both sides of the Atlantic, including the two editors, Sam Wells, Martyn Percy and Nigel Biggar. It covers a wide range of topics relating to Niebuhr’s thought, including ‘Niebuhr, liturgy and public theology,’ ‘Falling far short: taking sin seriously’ and ‘Reinhold Niebuhr and the political possibility of forgiveness’ and indicates how a re-evaluation of Niebuhr's thought can help inform contemporary debates on Christian social ethics and other wider theological issues. Although this is a relatively expensive volume it is well worth acquiring by anyone who wants to engage seriously with Niebuhr or the important issues raised by his theology.

Anne Isba, The Excellent Mrs Fry: The Unlikely Heroine, Continuum, ISBN 978-1847250391, £25.00.
Anne Isba is a former journalist, who is an Honorary Research Fellow of the University of Keele and a Fellow of the Royal Historical Society. Her new book is an account of the life of Elizabeth Fry, the early nineteenth century Quaker philanthropist and social reformer. Fry is best known for her work with the prisoners in the women’s gaol at Newgate, but over the course of some thirty years she was also involved with prisons and convicts more generally and also with hospitals, schools, workhouses, asylums, orphanages and the development of nursing training in this country. She also attempted to change the hearts minds of the great and the good in continental Europe. Isba provides a clear and up to date account of Fry’s life and work and explains how her attempts to bring private good works into the public domain took place at considerable to cost to her family and to her own health. This book will be of interest to anyone who wants to know more about Fry herself, but also to anyone who wants to know more about the development of Christian involvement in social issues in the early nineteenth century and the lessons this might have for us today.

J N Kraybill, Apocalypse and Allegiance, Worship, Politics and Devotion in the Book of Revelation, Brazos Press, ISBN 978-1-58743-261-3, £12.99.
There are still many people who find the Book of Revelation a deeply baffling text and find it difficult to see its relevance for Christian life in today’s world. This new study of Revelation by an American Mennonite scholar helps to address this problem by explaining the book’s meaning in its original context and showing its continuing relevance for Christian discipleship today. Kraybill highlights the liturgical structure of Revelation, provides a vivid window into the political, economic, and social realities of the early church and directs our attention to twenty-first-century issues of empire, worship, and allegiance, demonstrating how John's writing remains relevant to the spiritual life of believers today. The book includes maps, timelines, photos, a glossary and discussion questions, and includes stories of modern Christians, who live out John's vision of a New Jerusalem. Walter Brueggemann describes it as a ‘fresh, vigorous, imaginative, demanding exposition of the book of Revelation’ in which ‘shrewd historical analysis keeps spilling over into our contemporary life - the life of a military chaplain in Texas, a health-care practice in Indiana, prison visitors in Nebraska, peacemakers in Palestine, a poet in Japan, the police confounded in South Africa.’ A useful resource for anyone who wants a better understanding of the book of Revelation. 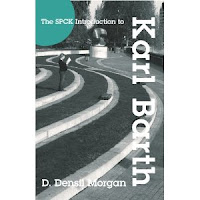 D Densil Morgan, The SPCK Introduction to Karl Barth, SPCK, ISBN 978-0-28106-045-0, £12.99
If Reinhold Niebuhr is reckoned to be one of the most important Protestant theologians of the twentieth century, then Karl Barth is reckoned to be one of most important Protestant theologians of all time. However, for many people, even for many theologians, Barth is a figure whom they have heard of, but who they have never really got to understand. For such people the new SPCK introduction to Barth by the Professor of Theology at Bangor University may provide a helpful way to get to grips with Barth’s theology. As Oliver Crisp notes, it is ‘a readable, accessible introduction that takes account of some of the most recent Barth scholarship’ Morgan provides an introduction to the daunting multi-volume Church Dogmatics, sets out the central themes of Barth's work and familiarizes his readers with the way that Barth approaches key theological issues. This is a clear and reliable guide to Bath’s thought that can be recommended both to new theologians and also to more senior theologians who want to achieve a better understanding of Barth’s significance. 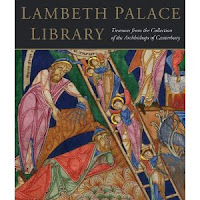 Richard Palmer and Michelle Brown, Lambeth Palace Library: Treasures from the Collection of the Archbishop of Canterbury, Scala Press, ISBN 978-1-85759-627-4, £35.00.
This new volume is designed to accompany the exhibition of the treasures of Lambeth Palace Library that will be held this summer to mark the four hundredth anniversary of the foundation of the library by Archbishop Bancroft. The volume begins with an introduction by Dr Palmer, the chief librarian and archivist of the library since 1991, which traces the history of the library and sets the items covered in the volume in the wider context of the its collections as a whole. The main bulk of the volume then consists of sixty items from the library’s collection, each of which is reproduced in detail and accompanied by an extended commentary. These items include illuminated manuscripts from the Middle Ages such as the Macdurnan gospels and Hours of Richard III; manuscripts from the Tudor and Stuart eras, including a Venetian Atlas, a letter from Elizabeth I on her recovery from smallpox and the execution warrant for Mary Queen of Scots; early printed books, among them a Gutenberg Bible with English illumination, possibly the first printed book to come to England; and Elizabeth I's own prayer book showing her portrait and more recent items such as medical reports on the madness of George III and the Golden Cockerel Press Four Gospels, one of the masterpieces of Eric Gill. This is a wonderful ‘coffee table’ book for anyone interested in historical books and manuscripts and an indication of the immense riches of the Lambeth Palace collection.

Malcolm Torry, Bridgebuilders: Workplace Chaplaincy - a History, Canterbury Press, ISBN 978-1848250369, £19.99.
Malcolm Torry is Team Rector of East Greenwich. His new book, which is published in partnership with the Industrial Mission Association, provides a history of work place chaplaincies in the Church of England. He begins his account with the first record of priests on board naval vessels in the reign of Henry VIII. He then traces the often difficult relationship between the Church of England and the working classes and the profound changes that took place in that relationship as result of the two World Wars. He finishes by telling the story of the subsequent growth of industrial mission and looking at the challenge of undertaking workplace chaplaincy in today’s increasingly secularised society. As well as being an historical account this book is also a theological handbook looking at the issues raised by the Church’s involvement in workplace chaplaincy. It will be of interest to all who are involved in contemporary mission among people at work, or who want to think further about how the Christian faith relates to economics, workplace ethics, unemployment, recession and other key issues affecting peoples lives today.
Posted by David Hamid at 23:53
Email ThisBlogThis!Share to TwitterShare to FacebookShare to Pinterest