Diocese in Europe and the Royal Maundy 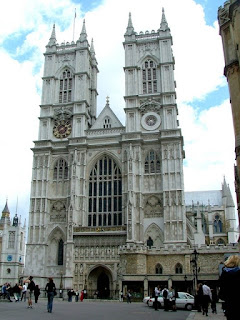 Westminster Abbey announced yesterday that the Royal Maundy Service will be held at the Abbey on 21 April this year. The Queen ad the Duke of Edinburgh will attend. By coincidence, 21 April, besides being Maundy Thursday, is also the occasion of Her Majesty's 85th birthday.

Traditionally on Thursday in Holy Week the Queen gives a gift of specially minted coins to a number of individuals (corresponding to her age), in recognition of their long and valued service to church and community. So this year, 85 men and 85 women will be so honoured. They are to be selected from the Abbey community, from the Diocese of Sodor and Man and from our own Diocese in Europe.

The official announcement on the Westminster Abbey website is here.
Posted by David Hamid at 08:57
Email ThisBlogThis!Share to TwitterShare to FacebookShare to Pinterest