40th anniversary of re-establishment of English Church in Heidelberg. 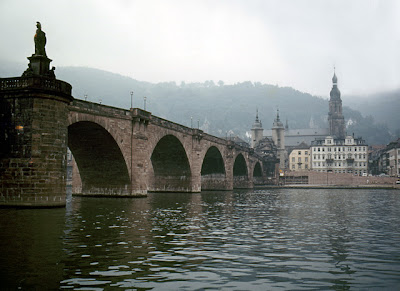 The Church of England presence in the ancient university town of Heidelberg, Germany dates back to 1613 when Elizabeth Stuart, daughter of James 1 of England, came to Heidelberg as the seventeen-year-old bride of the Elector Friedrich V. She brought a chaplain, the Revd Alexander Chapman, who introduced Church of England rites at the chapel of Heidelberg castle. (John Donne preached in the chapel in 1619 while accompanying a diplomatic mission to Germany). The chapel in the castle remains to this day a place where Anglican worship is authorised. In the 1800s, the English-speaking population increased, and the chapel of a former Dominican convent became the home of the English Church. When war broke out in 1914, the church was closed and the priest expelled. In 1936 the building was handed over to the Old Catholic congregation in the city. In 1971 the English Church sprang to life again, and after negotiation with the Old Catholics, Anglican services resumed in the building that had been the English Church.

The present day congregation, made up of members from a wide range of countries and church backgrounds, looks forward to celebrating the 40th anniversary of its re-establishment at a Festive Eucharist on Sunday 8 May at 10.30 am. The celebrant and preacher will be the Venerable Jonathan LLoyd, the Archdeacon of Germany and Northern Europe. Members, past and present, friends and visitors are warmly invited. There will be a lunch following the service.

This congregation is unusual in the diocese as it has no appointed priest. Dr Rosemary Selle, a Reader in the Diocese, co-ordinates the work of visiting locum clergy who serve the parish throughout the year. The website of the English Church in Heidelberg is here. 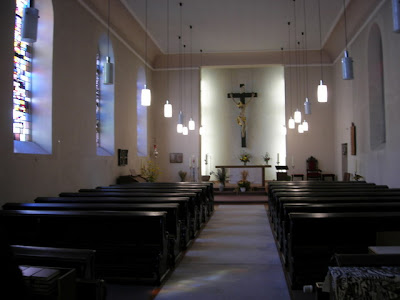 Posted by David Hamid at 23:56
Email ThisBlogThis!Share to TwitterShare to FacebookShare to Pinterest