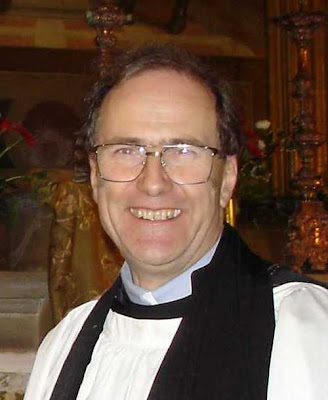 The Diocese welcomes back the Reverend John-Henry Bowden who was licensed as Priest-in-Charge of the Anglican Church of St George, Malaga, on 11 November by the Archdeacon of Gibraltar, the Venerable David Sutch. Fr John-Henry comes with a rich experience of life in our diocese. He was formerly Priest-in-Charge of St George's, Venice (with St Anthony of Egypt, Padua and Christ Church Trieste) and subsequently served as Interim Chaplain to Bishop Geoffrey.

The Very Revd John Paddock, the Dean of Gibraltar, and the Revd Canon Alan Maude, from the neighbouring parish of Costa del Sol West, attended the service in St George's at which Churchwardens Rosella Parmiter and Anne Ecclestone formally welcomed John-Henry and his wife Marilyn on behalf of the parish.

St George's Church has a special place in our diocesan history. It is the oldest Anglican Church in mainland Spain. The first priest was appointed in 1850 when services were held next door to the British Consulate. The building was once the cemetery chapel in what was established in 1829 as the first protestant cemetery in Spain.


In the pictures from the service below, the Archdeacon is wearing a Peruvian stole and the altar is dressed with a Peruvian frontal, a reminder of the link between the Archdeaconry and the Diocese of Peru. 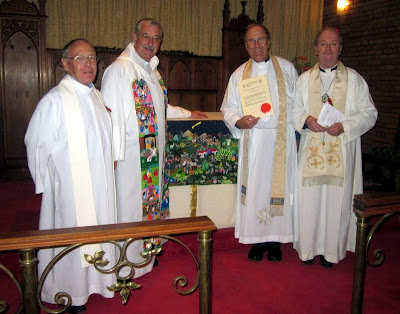 Posted by David Hamid at 09:53
Email ThisBlogThis!Share to TwitterShare to FacebookShare to Pinterest