The other official Anglican-Old Catholic activity to report on this month was the meeting of the AOCICC in York from 4 to 8 November.

I have to admit it is not the most mellifluous acronym, but AOCICC stands for the Anglican-Old Catholic International Coordinating Council. It is the official instrument serving the relationship of our two respective families of Churches, a relationship of full communion established by the Bonn Agreement of 1931. Two people from our diocese, myself and Mrs Maryon Jägers of Holy Trinity Church, Utrecht, are among the Anglican Communion representatives appointed by the Archbishop of Canterbury on AOCICC.

At the meeting an important paper on ecclesiology and mission, Belonging Together in Europe, was finalised and will now be presented to the authorities of our Communions for evaluation and reception.

The members worked hard and prayed hard for 5 days. The only time off was for a walk along the ramparts of York, to watch the final episode of Downton Abbey, and for a quick game of snooker! 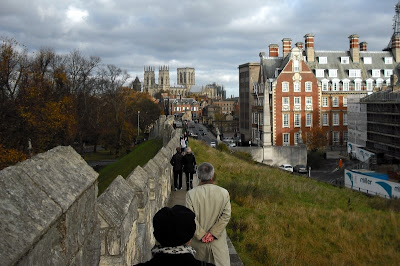 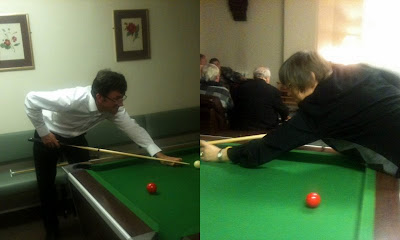 The official communiqué from the meeting is below. Click read more. 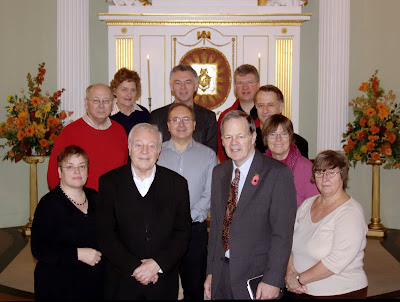 The Anglican-Old Catholic International Co-ordinating Council (AOCICC) met in from 4 to 8 November 2011.

In its most important piece of work the Council finalized the text of a joint statement on ecclesiology and mission Belonging Together in Europe. An earlier version of the text was the major focus of the International Old Catholic and Anglican Theological Conference held in from August 29 to September 2, 2011.

The joint declaration fulfils two points of the Council’s mandate in offering a joint reflection on the ecclesiological and missiological implications of the agreement and the relationship between our churches. It is intended to provide a platform on which our two churches might make further progress to full visible unity. The Council will submit this to our parent bodies.

The members received reports of developments in the Anglican Communion and in the Old Catholic churches of the Union of Utrecht, and reviewed present ecumenical dialogues in which our churches are engaged.

The Council participated in the annual meeting of the Society of St Willibrord. The Bishop of Lichfield presided at the festival eucharist in York Minster, and the Bishop of Haarlem preached. Bishop David Hamid presented a paper From anomaly to opportunity: diaspora and national churches with a common mission.

This was the final meeting under the Council’s current mandate. The Council’s report to the archbishops of and includes recommendations to be considered in a new mandate.

Present at the meeting:

The Revd Henriette Crüwell (Not Able To Be Present At This Meeting)
Posted by David Hamid at 06:00
Email ThisBlogThis!Share to TwitterShare to FacebookShare to Pinterest