Archbishop of Canterbury Joins the Millennium Celebration of the Camaldoli Community 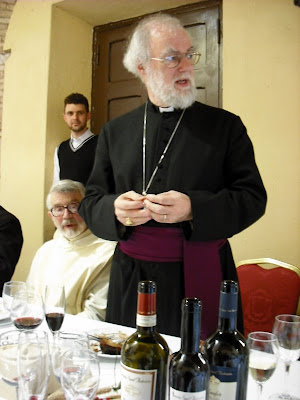 On Sunday 11 March, I accompanied the Archbishop of Canterbury to the Church of San Gregorio al Celio in Rome, which is now a monastery of the Camaldoli. The Camaldoli are a community of monks and nuns, founded by St Romuald, himself a Benedictine monk. They follow the Rule of St Benedict, but combine the ancient dimensions of solitary as well as community life: hermitage and monastery. This year is the 1000th anniversary of their founding. 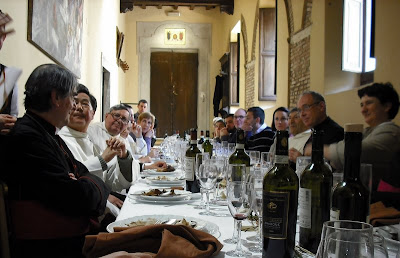 The Archbishop was hosted at a festive lunch with the community and after gave a lecture on "Monastic Virtues and Ecumenical Hopes". He spoke of the ecumenical significance of monastic communities which are gathered around the Word of God, that  "the monastic ideal is something that stands in opposition to anything that looks like a "tribal" Church. It tells us that the hope of a truly universal reconciliation is only to be found in a Church that is able to look beyond natural affinity and to sustain bonds that are in their way as strong as those of kinship or marriage". His entire lecture can be read here. 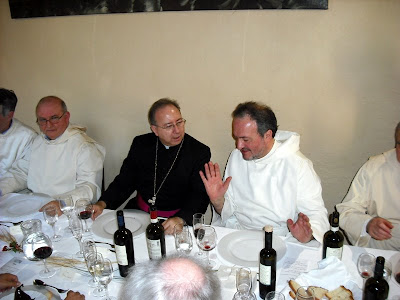 The Prior General of the Camaldoli is Father Alessandro Barban, pictured above in conversation with me during the lunch. The Prior of the Monastery at San Gregorio is Fr Peter Hughes, who visited our Diocesan Synod about 6 years ago.
Posted by David Hamid at 06:30
Email ThisBlogThis!Share to TwitterShare to FacebookShare to Pinterest