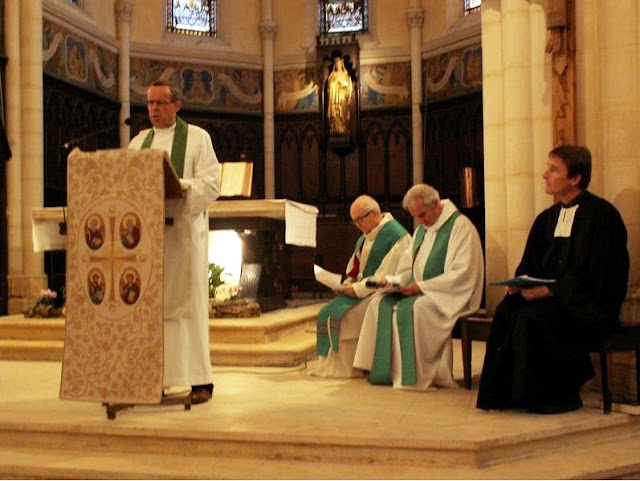 Ecumenical activity is a central feature of our Chaplaincy of the Aquitaine, as it is, indeed, across the diocese. Anglicans in this region of France, recalling that Jesus prayed for his disciples to be one (John 17:11), make working good relationships with Christians of other denominations a matter of priority.

The chaplain of Aquitaine, the Revd Paul Vrolijk, (at the lectern above) reported recently on just some of the ecumenical encounters of the last 2 months: 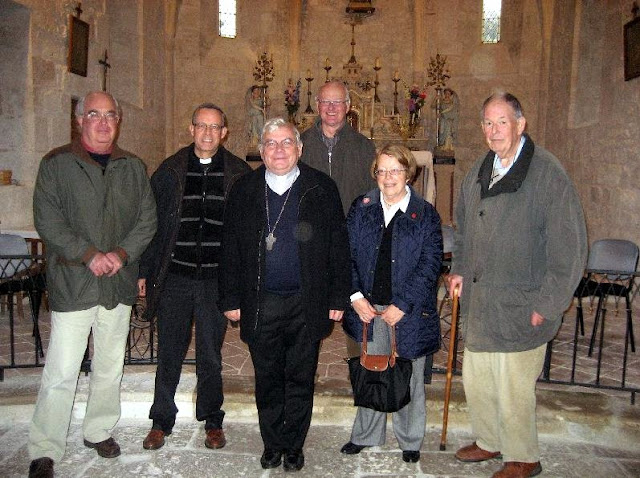 Anglicans in the Aquitaine are thankful for the generosity of the Roman Catholic Church in allowing the use of many of their buildings for our regular worship services, and to the Eglise Evangélique Libre in Bergerac who allow us to use their building for Church Council meetings and parish training sessions of all kinds.

The Anglican Chaplaincy of Aquitaine website is here.
Posted by David Hamid at 15:33
Email ThisBlogThis!Share to TwitterShare to FacebookShare to Pinterest