Over 120 official representatives came from other faiths, other Churches and Churches in Communion with the Church of England to attend the inauguration of the ministry of the Archbishop of Canterbury, Justin Welby. One of the largest groups of ecumenical guests were 16 Metropolitans and Bishops representing the Orthodox Churches.

I was the Bishop-Host for the Orthodox for the three days of their stay in Canterbury. I was ably assisted by 4 of our own diocesan clergy who are the Archbishop of Canterbury's Apokrisiarioi (personal representatives) to the Churches in Greece, Russia, Romania and Serbia, Frs Malcolm Bradshaw, Simon Stephens, Patrick Irwin and Robin Fox. So this Diocese in Europe was key to the ecumenical hospitality offered by the Church of England on this historic occasion.

The ecumenical guests had an opportunity to greet the new Archbishop personally on Friday morning at the Old Palace.
There were some moments of free time to wander around the ancient city of Canterbury. Some of the Bishops were amused by the name of the pub which was next to the hotel where we were staying. 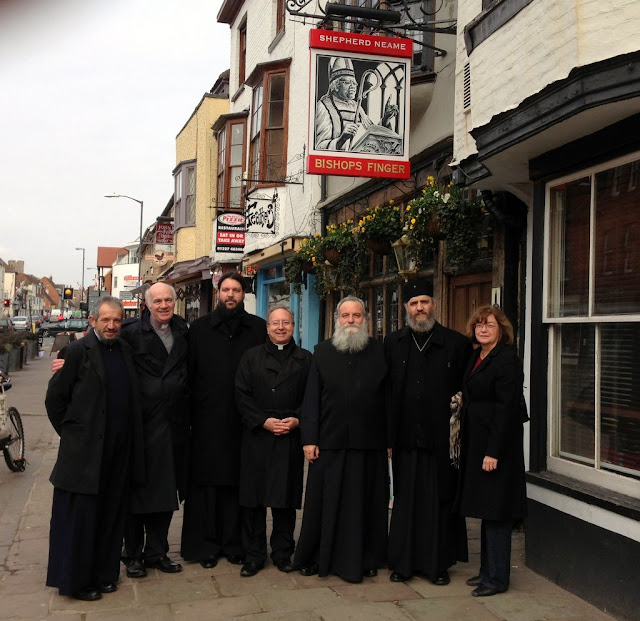 Posted by David Hamid at 14:13
Email ThisBlogThis!Share to TwitterShare to FacebookShare to Pinterest