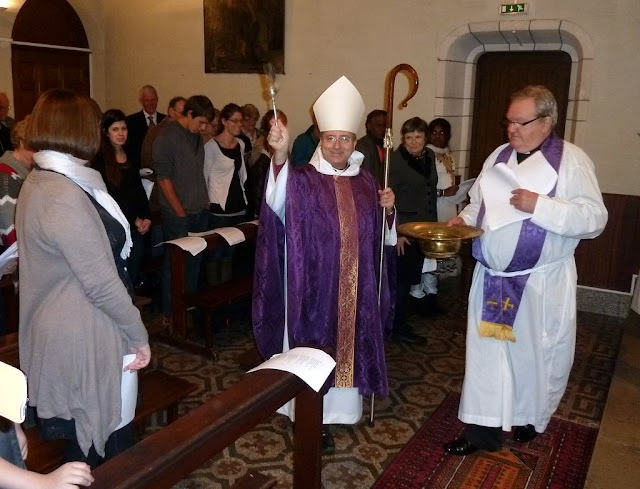 One might argue that the Church of England congregation in Biarritz has a history that is one of the longest of our communities on the continent of Europe.  That is, if one includes the centuries prior to the reformation when services were taken for English troops by English priests at nearby Bayonne. This region of SW France became part of the Kingdom of England following the marriage of Henry II to Eleanor of Aquitaine. Bayonne itself remained in English hands from 1152 until 1451. The coat of arms of England can still be seen in the Cathedral in Bayonne.

In more modern times Church of England services were restablished in Bayonne in 1853 and later transferred to Biarritz in 1854 where they have remained ever since. A first church building ended up being too small, and in 1878 a large Church, St Andrew's, with seating for 630 people was dedicated by the then Bishop of London. St Andrew's had many famous visitors over the years including Queen Victoria.

After WWII the English-speaking community in the area declined and church attendance with it. In 1982 the building was sold to the municipality of Biarritz and is now the Museum of History.

Since 1982 a small and faithful group of parishioners have continued services in a chapel of St Joseph's Roman Catholic Church, Morning Prayer being led by lay persons, and the Eucharist celebrated  by visiting priests. Once down to about 5 or 6 people there are signs of new life in St Andrew's congregation. The Revd Peter Naylor, one of the Honorary Assistant clergy of St Andrew's Pau, provides a monthly Eucharist  and the Acting Archdeacon of France, the Revd Ian Naylor, gives oversight as priest-in-charge. On Sunday 17 March, I presided at the first Confirmation in Biarritz for many years. The congregation was 50 persons to support the confirmation of two parishioners. Regular attendance figures are steady in numbers including many young adults from around the world who are on training programmes offered by Youth With a Mission, YWAM, which has headquarters in Biarritz.

We give thanks to God for the signs of life in St Andrew's, and for the faithful perseverance of parishioners who are looking towards the future. 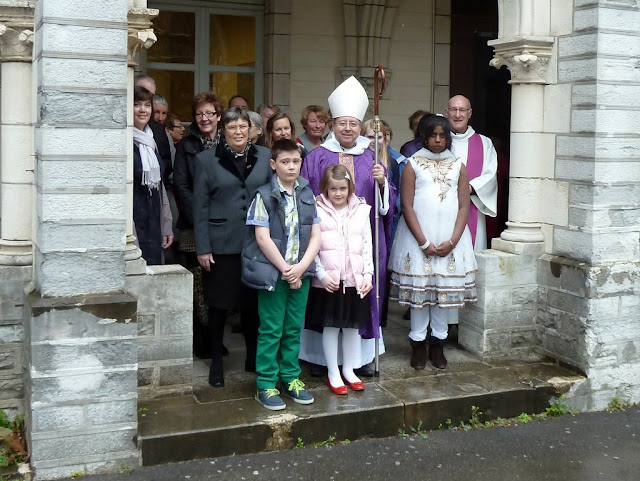 Posted by David Hamid at 13:36
Email ThisBlogThis!Share to TwitterShare to FacebookShare to Pinterest