Inauguration of the Petrine Ministry of Pope Francis 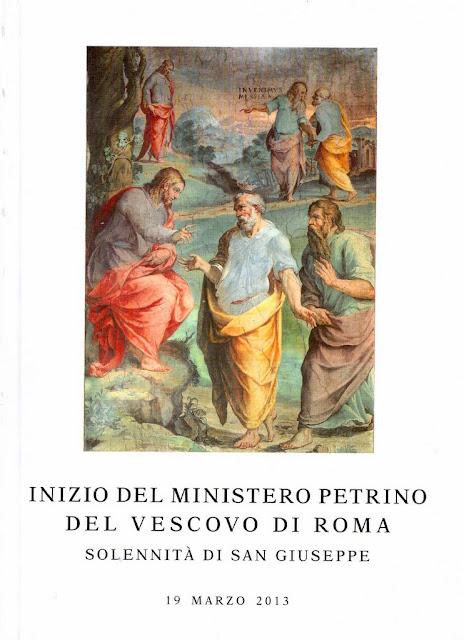 Last Tuesday I had the privilege of being invited to the Inauguration of the Petrine Ministry of the Bishop of Rome, Pope Francis, as the Anglican Co-Chairman of IARCCUM, the International Anglican-Roman Catholic Commission for Unity and Mission. The Anglican delegation was headed by the Archbishop of York, John Sentamu, who represented the Archbishop of Canterbury. Significantly, for the first time in over 1000 years, the Patriarch of Constantinople attended the inauguration in person. 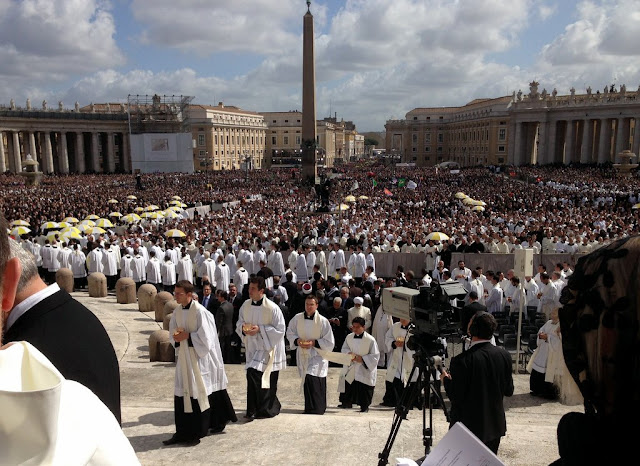 The Roman Catholic Church is very hospitable to her ecumenical guests, and we were seated close to the altar in St Peter's Square. 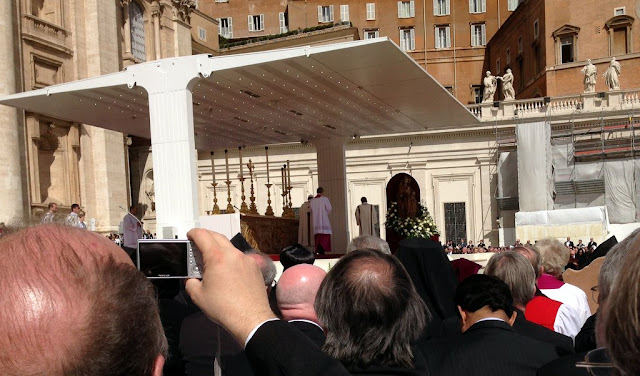 I was struck by the simple dignity of the ceremony. Pope Francis was vested in a very plain chasuble and mitre which he used regularly in Buenos Aires. I couldn't help but notice the contrast to the vestments of the cardinals. He was given the two symbols of his office. The first was the Papal Pallium, a band of cloth with red crosses worn over the shoulders, made from lamb's wool, which represents the shepherd's role in seeking and carrying the lost, sick or weak sheep. The second was the Fisherman's Ring with the image of Peter the Fisherman, which recalls the role of the Church and the successors of the Apostles in letting down the nets and winning men and women to the Gospel. 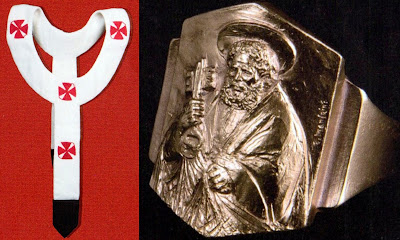 In his moving homily  the Pope did not once refer to himself as the Pope but as the "Bishop of Rome". He has done this consistently since his election and I think he may be setting down a marker for a fresh understanding of the place of the Roman Primacy in the Church, which may be significant for Anglicans. He also stood at a lectern to deliver the homily and preached without his mitre. He spoke from the heart about the Church needing to care for and serve the world, all people and even all creation (a Franciscan theme) with tenderness and love. He emphasised the priority we must give to the needs of the poor. From the crowd's response of spontaneous applause to these remarks he will have received a strong affirmation of this  emphasis he clearly wants to place in his ministry.

I also enjoyed listening to his Italian spoken with the soft, sing-song accent of a native Spanish speaker from Buenos Aires!

Posted by David Hamid at 17:53
Email ThisBlogThis!Share to TwitterShare to FacebookShare to Pinterest