Baptisms, Confirmations, Receptions and a new Reader in the Church of the Resurrection, Istanbul 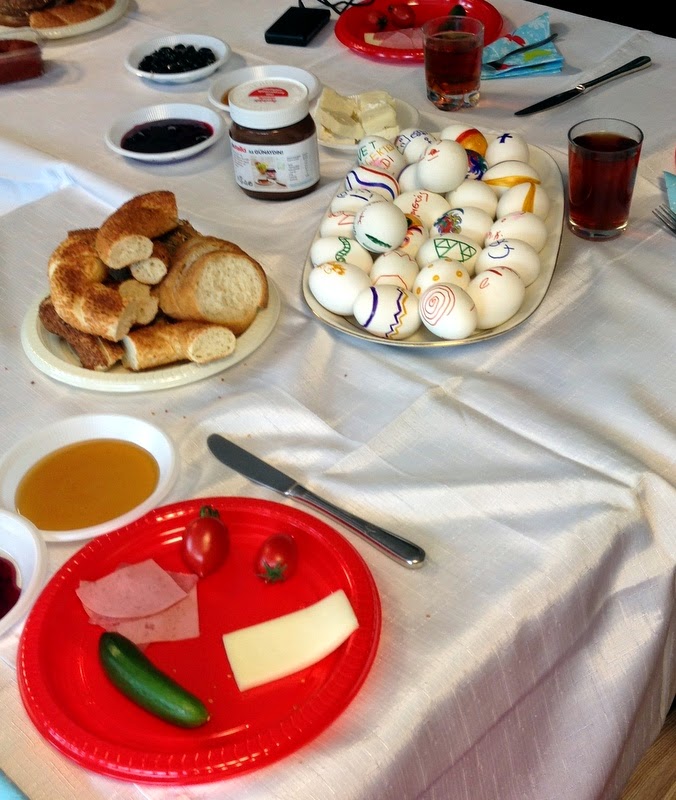 Mesih dirildi! Christ is Risen!
On Easter Day the traditional greeting was on the lips of members of the Church of the Resurrection, the Turkish-speaking congregation in Istanbul. Members gathered in the morning for an Easter breakfast together. Then in the early afternoon the service began, a two-hour celebration of the Easter sacraments of Baptism, Confirmation and Eucharist. 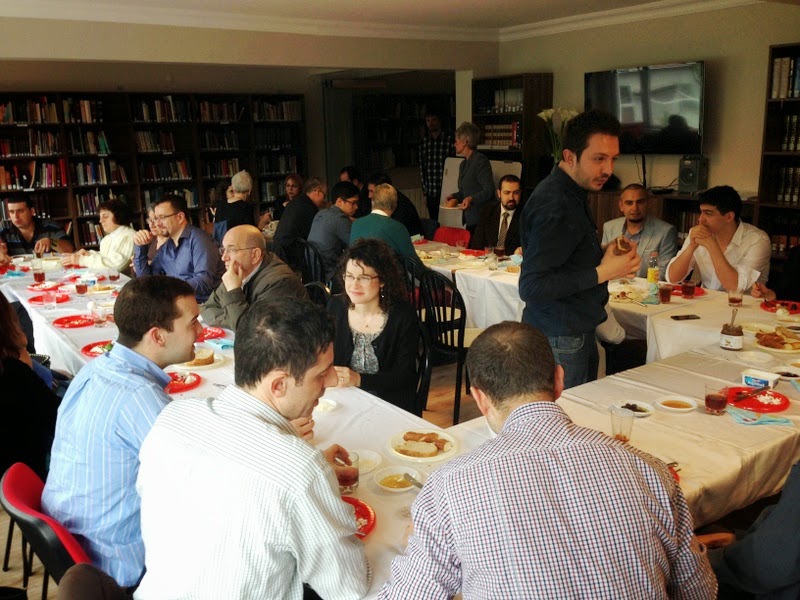 It was a joyful and moving occasion for two adults who were baptised and confirmed, and then joined by 5 other candidates for confirmation. Two persons were also received into communion of the Church of England. The baptismal candidates had expressed a desire to be baptised by immersion. This is one of the two ways permitted by the Church of England, the other being pouring. The congregation borrows the Armenian Protestant Church building for their services and the building does not have a font for immersion baptism, but an inflatable pool served the purpose! 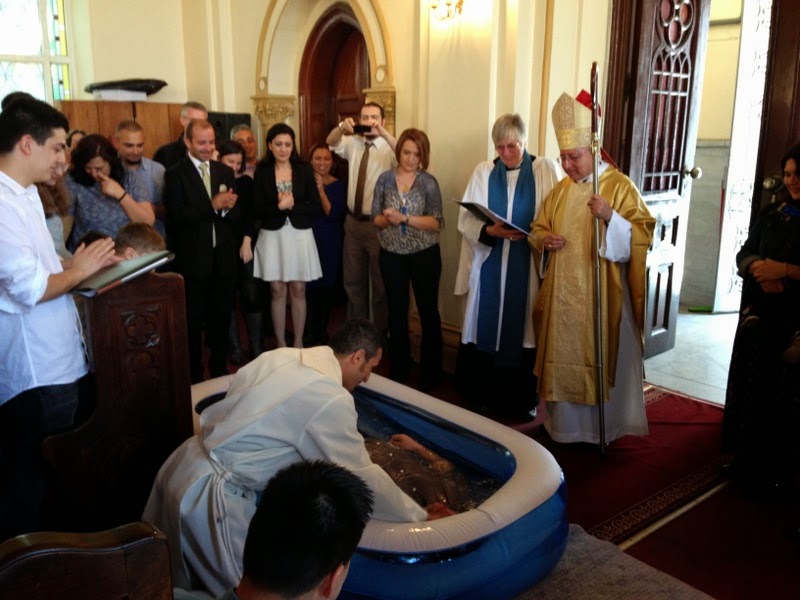 As each candidate emerged from the waters, the congregation who had gathered around the "font" clapped and cheered to welcome the new Christians. It is a big step to take in Turkey and requires much preparation and catechesis. Candidates for confirmation and reception also dipped their hand into the baptismal water and signed themselves with a cross to remind them of their own baptism. I was then able to sprinkle the entire gathering with water so that they could also be reminded of the new life they enjoy with the Risen Lord. 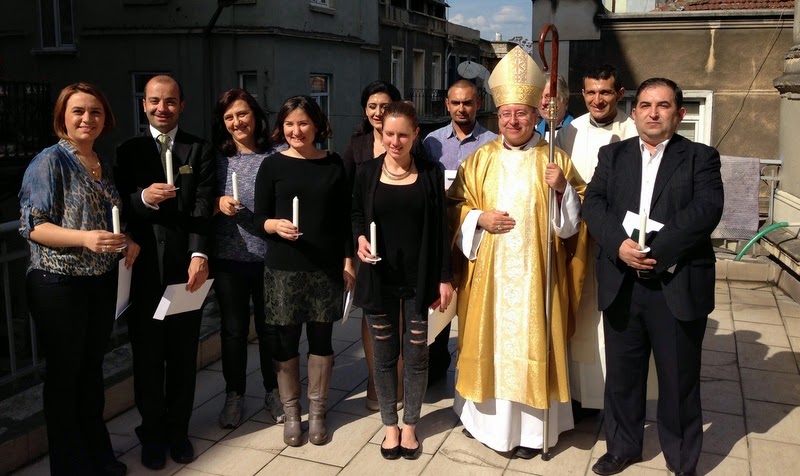 At the start of the service I licensed Rosamund Wilkinson as a Reader, to serve in the Church of the Resurrection under the direction of its priest-in-charge, the Revd Engin Yildirim. Rosamund was previously licensed in the diocese of Bradford. She is a fluent Turkish speaker having taught in Istanbul for many years. She has returned to the city and is a valued additional lay preacher and teacher for the congregation. 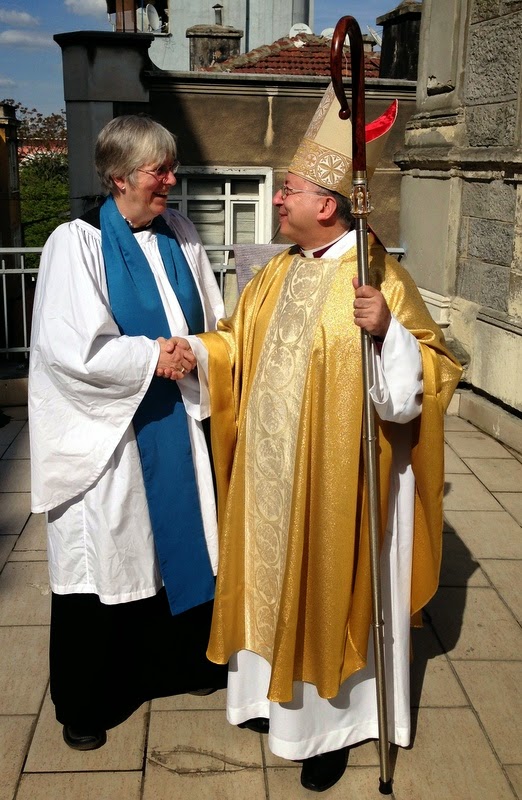 Istanbul is the largest city in the Diocese in Europe and although Turkish Christians are a small minority in the country, the Church of the Resurrection is growing steadily. There are also a number of people who attend, who are not themselves from Turkey, but who wish to worship in Turkish. A small task group is engaged in translating the most frequently used services from Common Worship for which we eventually hope to obtain approval from the Liturgical Commission of the Church of England.

Posted by David Hamid at 10:03
Email ThisBlogThis!Share to TwitterShare to FacebookShare to Pinterest