Anglicans in Yerevan: a youthful community in an ancient and holy site 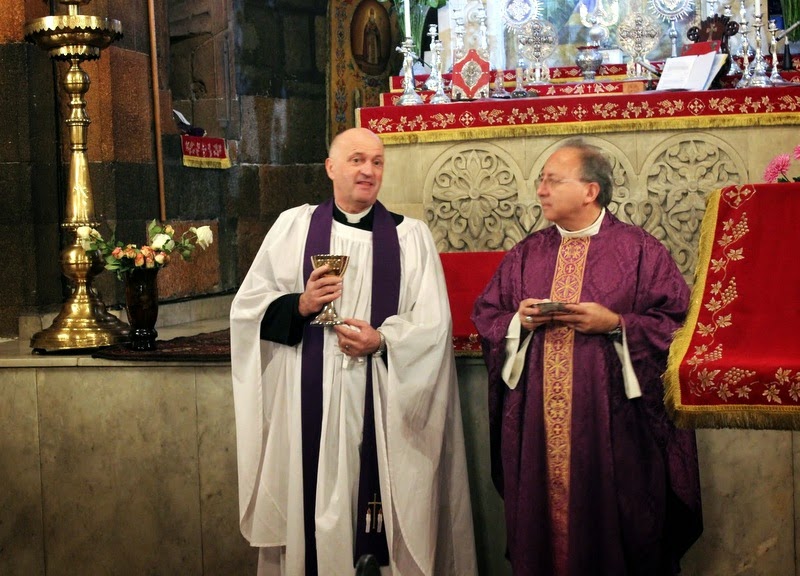 The Revd John Barker, one of our relatively new priests, is in charge of the development of the Anglican congregation in the Armenian capital, Yerevan. The congregation was without a priest for 10 years, and since re-starting the work in April 2013, Fr John has led a growing international community. 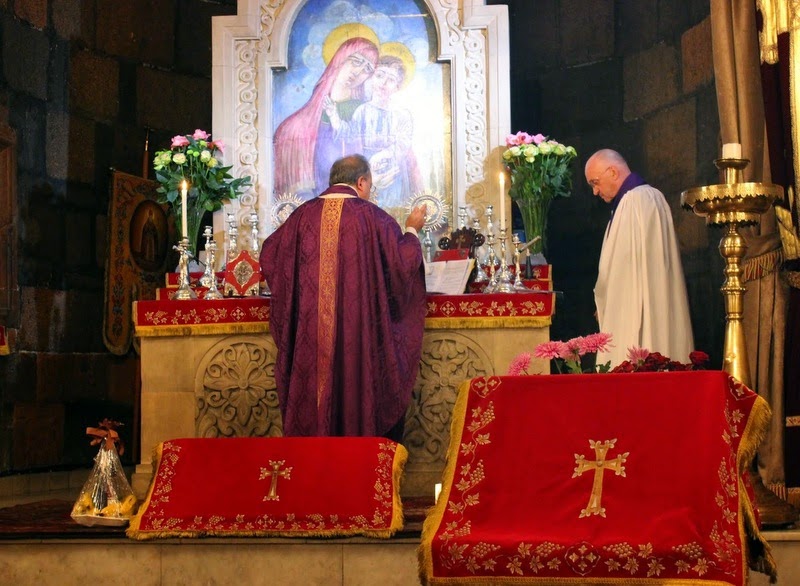 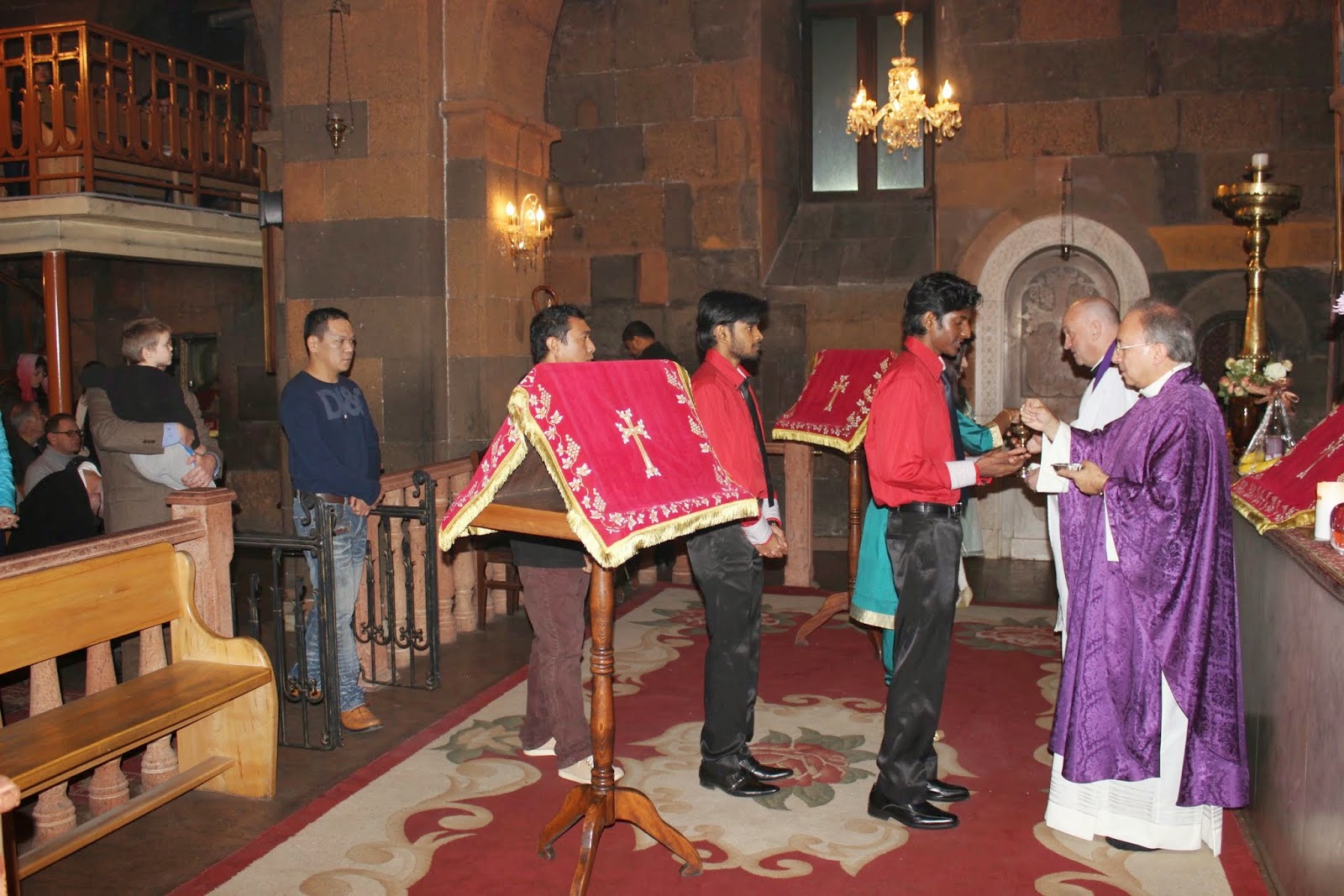 On Advent Sunday 30 November, I was able to preside at the service, during a brief pastoral visit to Armenia. After the Liturgy there was a reception hosted by the UK Ambassador, HE Katherine Leach. I met parishioners from many countries, from the USA to Malaysia! 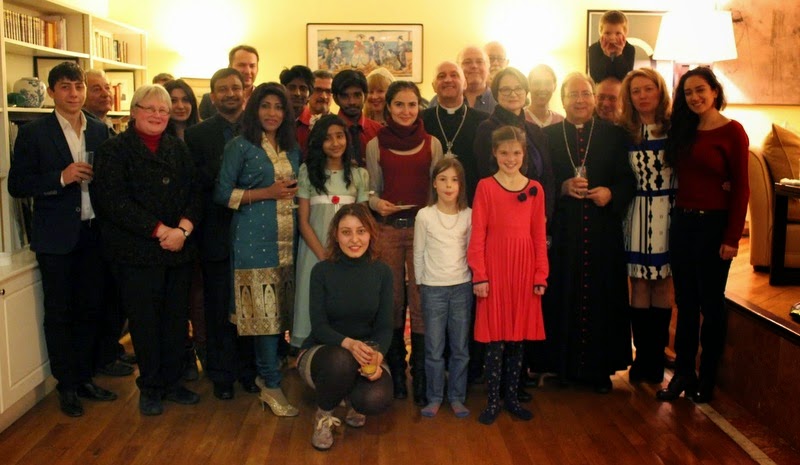 The Anglican service is held every Sunday at 6 pm in Surp Zoravor (Holy Power) Church which the Armenian Apostolic Church very graciously permits us to use, It is an ancient foundation, but was rebuilt in 1693 following destruction by an earthquake. Next to Surp Zoravor, is a small chapel where can be found the tomb of St Ananias, the disciple in Damascus who opened Saul's (future St Paul's) eyes (Acts 9.10-19) .


Posted by David Hamid at 07:00
Email ThisBlogThis!Share to TwitterShare to FacebookShare to Pinterest