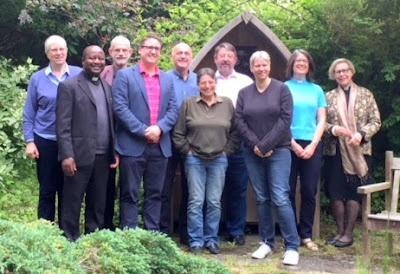 Part of the mandatory training of clergy in the Church of England happens after ordination. What was previously called "POT" - Post Ordination Training - is now termed "IME Phase II". In our diocese the Director of Ministerial Development, the Revd Canon Ulla Monberg, is responsible for this training.

A recent residential session was completed just a couple of weeks ago during which time the new ordinands explored dimensions of Benedictine, Franciscan, Dominican, Julian, Ignatian and Evangelical approaches to prayer and spirituality, both to sustain their own ministry as well as to equip them for their role as teachers of prayer in their congregations.

The curates at this recent session came from churches in Turkey, Poland, Germany, Spain, France and Armenia. Four of the curates were finishing their IME Phase II and presented Canon Ulla with a card and present (which appears to be a "spiritual gift") to thank her for her guidance and care over the past several years. 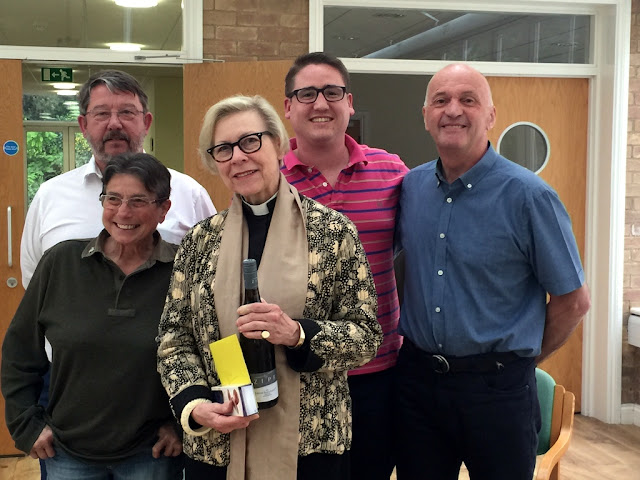