A rich experience of partnership in Brazil

It has been an unusual few days, with a different rhythm from my day to day ministry. At the invitation of the Episcopal Anglican Church of Brazil and USPG I was invited to lead a spiritual retreat for the Brazilian bishops. It was an enormous privilege to be with my colleagues across the Atlantic and to accompany them in this time of profound reflection on their episcopal ministry and to work with them as they reviewed the life of their episcopal college. 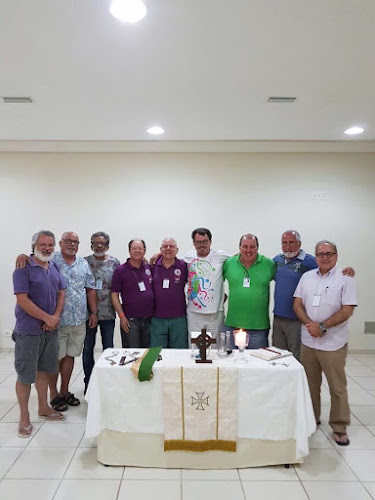 I have known practically all of them for 30 years, long before any of us were bishops, and it was a time of blessing to renew those friendships.

The context of the Church's ministry in Brazil appears to be changing fast, and is very different from when I was first working closely with the Province. My colleagues were noting how in many ways the socio-political reality is going backwards, with the gains of democracy less certain than before, and an alarming signs that basic human rights can be ignored. The country is also much more secular in outlook, and peoples' religious preferences much more "eclectic". The bishops and the churches they care for, scattered across this vast nation, are working to create a new perspective, taking account of these changes, and equipping their people for a more profound commmitment to the values of God's kingdom. As part of this, the new Brazilian Book of Common Prayer has incorporated the 5 marks of mission of the Anglican Communion into the Baptismal covenant. 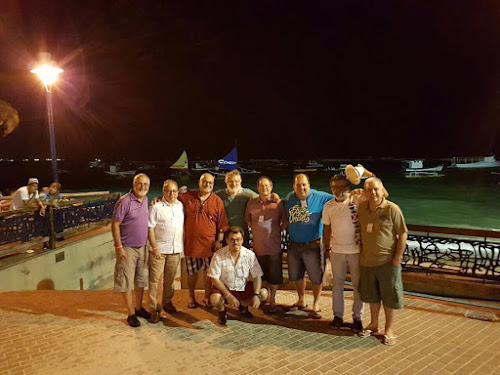 I learned much from these days. There are, surprisingly, some important parallels between the dioceses of the Brazilian Province and our own Diocese in Europe, particularly in the scattered nature our communities, working often in isolation in minority situations. There are trends in political scene too which are clearly becoming part of a global phenomenon. The Brazilian Church has no inherited endowments or material wealth. Everything they do requires careful stewardship and vast amounts of volunteer commitment and support. Despite few material resources, it is a joyful, outward looking, ecumenical Church, firmly committed to justice and peace. There is much to learn from the faith of the Anglican Brazilian communities as they engage in God's mission. 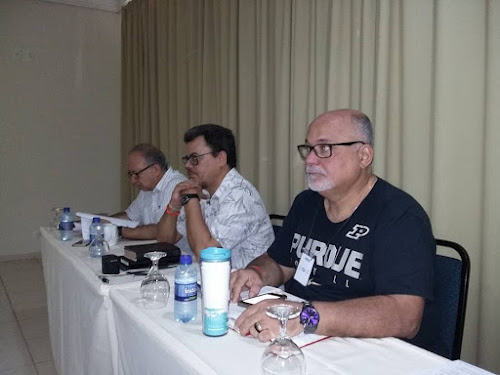 The place where the bishops were meeting was a town along the coast heading east from Recife called Porto de Galinhas (Chicken Port). The origin of this name is interesting. The town was originally called Porto Rico. In 1850 it became a place where slaves continued to be traded to work in the sugar plantations in this part of Brazil. There were laws banning the importation of slaves dating back to 1808 but the illegal importation continued until 1888. To hide this illegal activity from the authorities slaves were transported along with fowl. The traffickers used passwords for their heinous work and they would announce new arrivals saying Tem galinha nova no porto—There are new chickens in the port. Hence the rather shameful origin of the name. Nowadays it is a popular sea-side resort, with magnificent beaches. 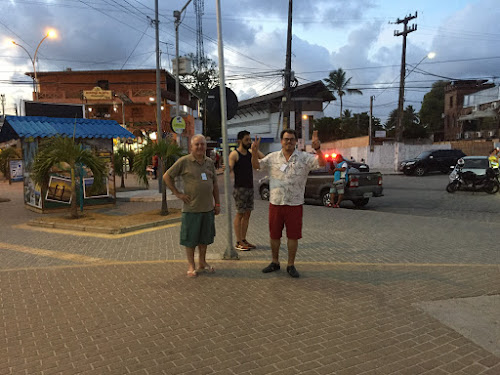 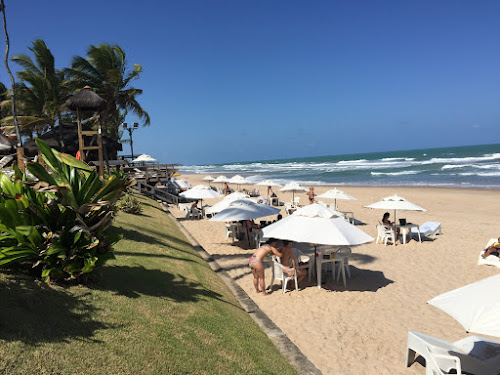 Posted with Blogsy
Posted by David Hamid at 11:42
Email ThisBlogThis!Share to TwitterShare to FacebookShare to Pinterest