All Saints Anglican Church: a vital and growing international Christian community in the heart of Rome 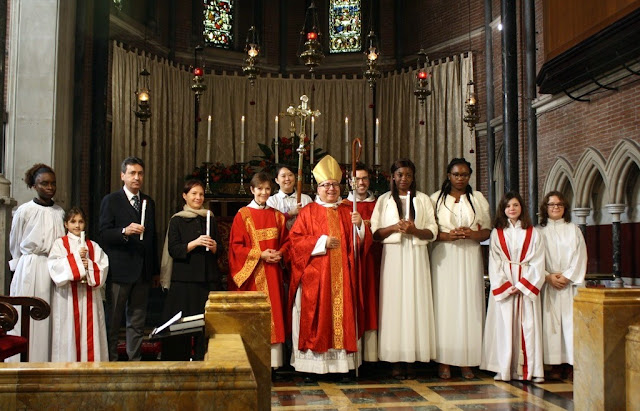 The Feast of Christ the King was celebrated with great joy in All Saints Rome with four people receiving the sacrament of Confirmation and the Revd Dana English receiving a new licence as Assistant Chaplain. This past year, Dana completed the Church of England's mandatory "post-ordination training" period. Thus her status changes from being an Assistant Curate, which indicates the training phase, to Assistant Chaplain.

One of the features of this congregation is its thriving ministry to families and young persons, through Sunday School, confirmation classes, and other activities. Besides her regular liturgical, pastoral and preaching duties, Dana has particular responsibility for these Christian Education programmes, both for youth and for members of the parish in general.

Many young persons are involved in the servers' guild, a good way to use their gifts in the Sunday liturgy. All Saints, under the spiritual leadership of its Chaplain, the Revd Canon Jonathan Boardman, has been a fruitful place for vocations to the priesthood; I can count about 6 such vocations discerned and nurtured over the past 10 years.  (Fr Jonathan, incidentally, was not able to be at the mass on Sunday as he is recovering from some injuries sustained in a bad fall last week. His condition is, thankfully, improving).

The congregation at All Saints comes from every continent on Earth, and is a warm and hospitable home for visitors and long-term residents in the Eternal City. For instance, on Sunday, I had conversations with people from Italy, Brazil, Japan, the USA, Canada, England, Australia, New Zealand, Nigeria, Philippines and Pakistan!

All Saints is a "shop-window" of the Church of England and Anglicanism in the city of Rome, with rich contacts in the Roman Catholic diocese and with Roman Catholic orders and movements such as the Focolare and the community of Sant'Egidio,  The parish also plays an active part in wider ecumenical life in the city, from Waldensians and Methodists to Lutherans.

Anglican worship has been offered regularly in Rome since 1816, so this is the 200th anniversary year. The Church building itself was built later. The architect was George Edmund Street, one of the leaders of the Gothic Revival period in England. On Sunday, one of the Churchwarden, Mr James Hadley was responsible, (with help from parishioners Loris Gaudenzi and Rebecca Harden) for some magnificent flower arrangements, which brought the architecture of the building to life, and added to the joy of the feast. 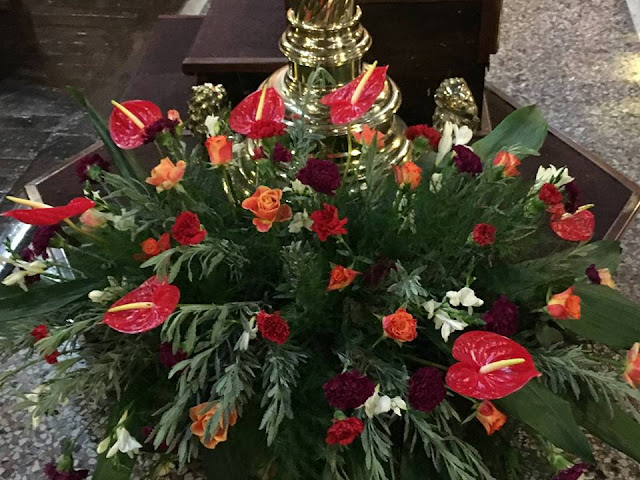 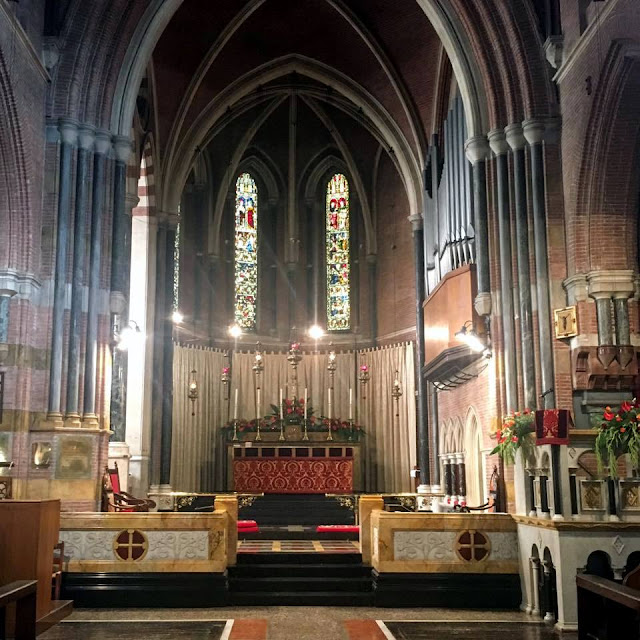 Posted by David Hamid at 09:26
Email ThisBlogThis!Share to TwitterShare to FacebookShare to Pinterest