One of the realities of divided Christianity is the fact that it can take decades, even centuries, for historic divisions to be healed. Different contexts for the divisions mean that different ways of progressing towards the restoration of communion often need to happen in different parts of the world. An example of this pertains to the varied ecumenical relations between Anglican Churches and Lutheran Churches around the world. 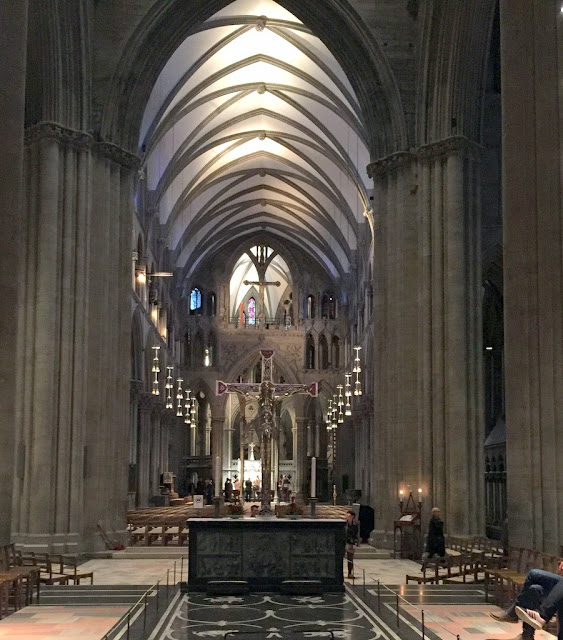 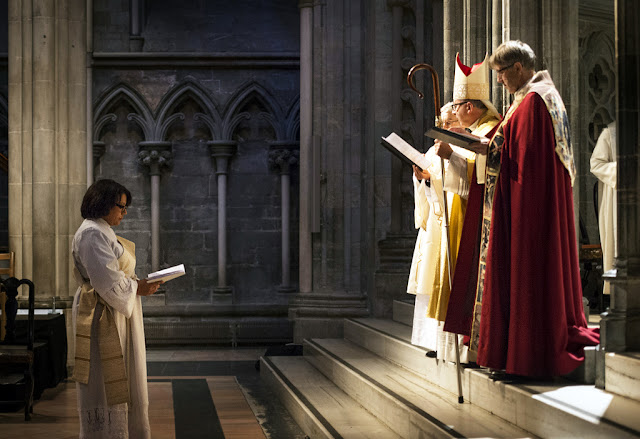 For over the past year the Venerable Brian Russell, Chaplain of Oslo, and I have had to work intensively with the matters of transitivity in Norway, particularly with regard to the Anglican congregation in Trondheim. There, a priest of the ELCA, the Revd April Almaas, has been been accredited for ministry in Church of Norway. When a vacancy in the Anglican congregation occurred, April was the suitable candidate for this post. We assumed that this would be possible under the Porvoo Agreement. Unfortunately, the Church of England is not yet in a position to transfer April's ministry into our own Church, despite being now a priest of the Church of Norway. This was because April was ordained by an ELCA bishop, and the transitivity questions between the ELCA and the C of E have not yet been sorted. With the support of our Church of Norway friends, and some sensitive diplomatic conversations with both that Church and the ELCA, we found a way forward. It is a sign of the strength of the Porvoo relationship that the bishops and ecumenical officers of the Churches were able to work together to reach a solution. 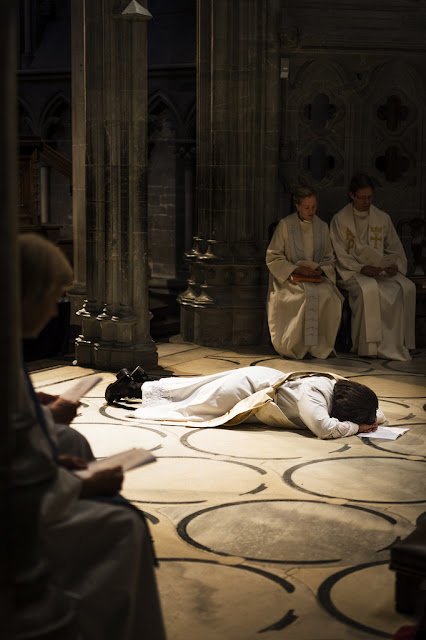 So on 24 September, in the great cathedral in Trondheim (Nidaros), the spiritual heart of Norway, a conditional ordination to the priesthood was celebrated. The rite was shared with the Church of Norway Bishop of Nidaros, the Rt Revd Dr Tor Singsaas, who also represented the Presiding Bishop. The Dean of Nidaros Cathedral, the Very Revd Ragnhild Jepsen together with many Church of Norway priests, and Church of England priests, participated in the laying on of hands. It was a joyful reconciliation of ministry, affirming the journey towards full communion between Anglicans and Lutherans around the world, for which we work and pray. 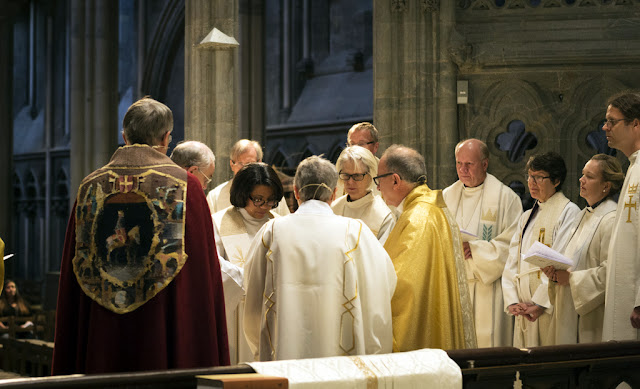 The following explanatory note about a "conditional ordination" was in the order of service:

In the teaching of the Church, ordination, like baptism may only be given once. April was ordained a priest in the Evangelical Lutheran Church in America. The Church of England has not yet been able to accept the transferability of his ministry, however. So in order to make the appointment of April possible, under the Porvoo Agreement,and with the consent of the Presiding Bishop of the Church of Norway and the Cathedral Dean of Nidaros, we are proceeding with what is termed a conditional ordination to fulfil what the Church of England is unable to acknowledge at this time. Thus the service is not considered a second ordination to the priesthood, and does not deny any possible charism of the ministerial priesthood in the candidate. 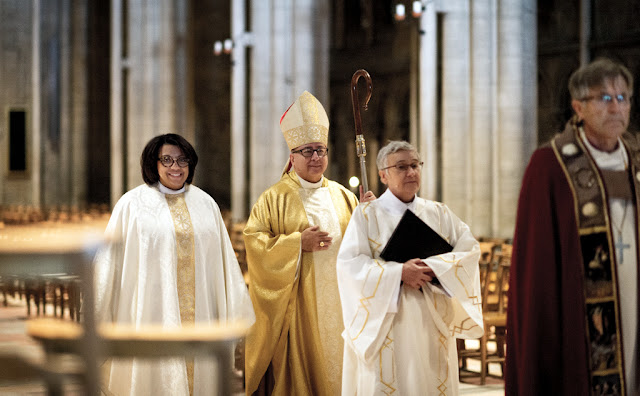 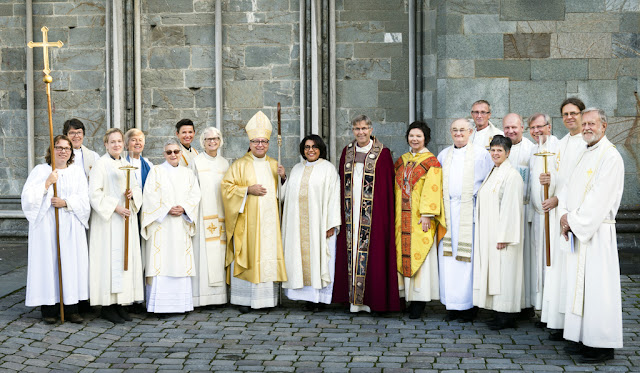 Posted by David Hamid at 11:58
Email ThisBlogThis!Share to TwitterShare to FacebookShare to Pinterest