Charles I, King and Martyr 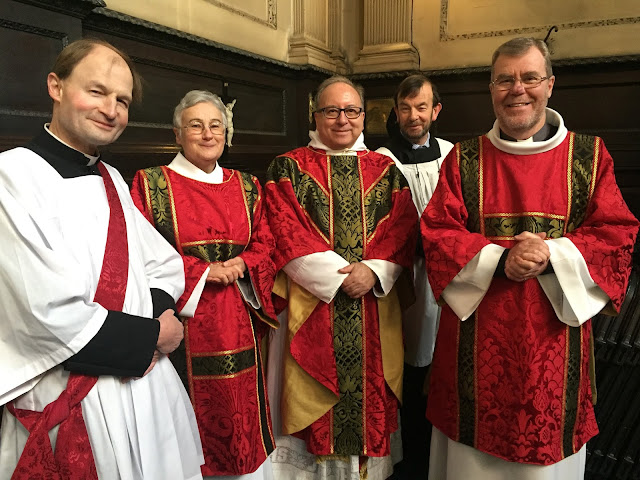 Here is a good pub quiz question: Who is the last person officially "canonised" by the Church of England? The answer is Charles, King and Martyr. Charles I was put to death on 30 January 1649. In 1662 his martyrdom was commemorated in the Book of Common Prayer. It is astonishing to know how quickly his cult expanded. In Tangiers, for instance, during the time of the English occupation in the 1680s, our own church there was dedicated to St Charles the Martyr! (Today, the present church in Tangiers is dedicated to St Andrew).

Each year, close to his feast day (30 January) the "Royal Martyr Church Union" gathers for a solemn eucharist to honour King Charles. Last Saturday, in St Mary le Strand Church in London, assisted by Deacon Frances Hiller, my Chaplain, and other clergy, I had the honour of presiding and preaching at this mass.

Whatever one thinks of King Charles the Martyr, he suffered and died for what he believed in. 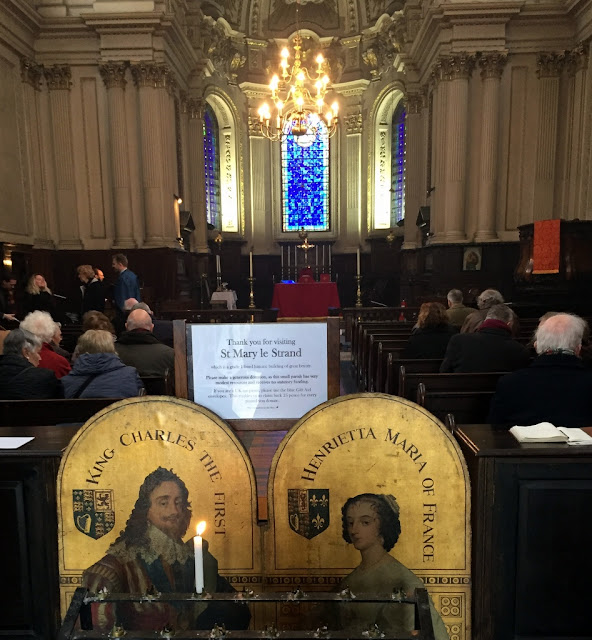