"God brought you here": the traditional greeting at St Margaret of Scotland parish in Budapest 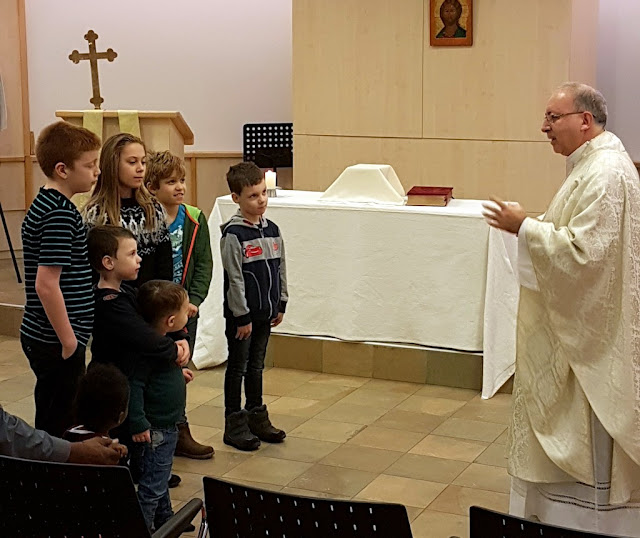 Isten hozott - Welcome! Or more precisely "God brought you here" were the words that greeted me on my recent pastoral visit to St Margaret of Scotland Chaplaincy in Budapest.

The Sunday Eucharist, despite heavy snow, was well attended by adults and children. (There is an active Sunday School). Hungary seems to be a country particularly blessed with musical talent, and this is put to good use in the Sunday sung mass. The Revd Dr Frank Frank Hegedűs is the parish priest. Fr Frank was born in the USA and has ministered in Los Angeles, San Diego, Michigan and Minnesota. Of Hungarian and Polish extraction, he is also a citizen of Hungary, and very much at home in our international diocese, and in this international parish with members from Africa, North America, Europe and the UK. Fr Frank is also an Area Dean in the Eastern Archdeaconry. Saint Margaret of Scotland, by the way, was an English princess, born in Hungary in the 11th century, when her family was in exile. She later married King Malcolm III of Scotland. 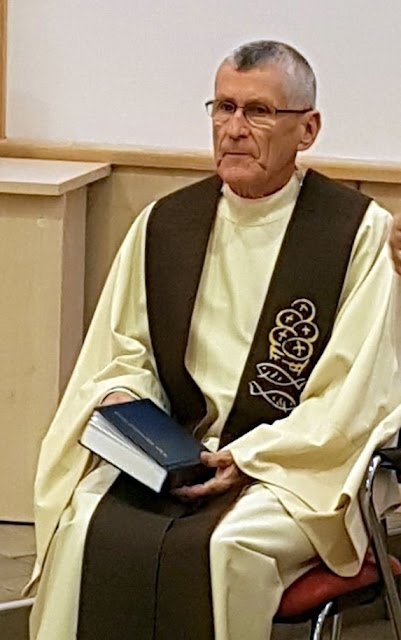 One of the aspects of Saint Margaret’s work is support for charities in the Budapest area, including the Menedékház, which offers shelter and accommodation to homeless families and children. The Menedékház was also the focus the 2017 Lent Appeal.

The pastoral visit included a private meeting with Cardinal Péter Erdő where a number of ecumenical and social issues were discussed, as well as offering us a chance to inform the Cardinal of some of the needs of our own Anglican community in the Hungarian capital.

Posted by David Hamid at 16:41
Email ThisBlogThis!Share to TwitterShare to FacebookShare to Pinterest