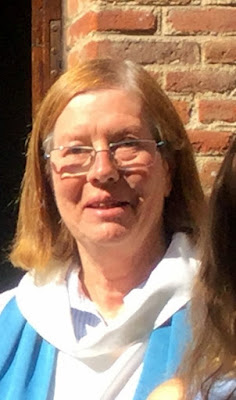 Celia Paterson is a Reader who serves in St George's Madrid. She is also one of Europe's leaders in Godly Play, a creative and imaginative approach to Christian nurture for those in early, middle and late childhood. It is without doubt a significant movement supporting the exploration of faith by children and young people in today's Church.

The diocese is justifiably proud of Celia's leadership in Godly Play internationally and ecumenically, a clear outworking of her Reader vocation to teach the faith and nurture disciples.  Here is an account from Celia of a recent event in Northern Spain:

I was invited to take part in a Young people’s retreat run by the De La Salle brothers in the north of Spain. It was immediately after Christmas – 26th-28th December – and was held in a beautiful monastery in Bujedo in the Province of Burgos.

I knew the brother organising it, Guillermo Moreno Barrero, from one of the Godly Play courses I had run and I was asked to help José Andrés Sánchez Abarrio run the Biblical ‘Itinerary’. He had chosen the theme of Abraham and we used several Godly Play stories among other things over the two days. José Andrés is a Biblical Scholar, who teaches at the De La Salle University near Madrid and has run some Godly Play courses with me, along with a nun, Mercedes Méndez Siliuto.

There were around 130 of us at the retreat. Most of our group were in their twenties, with two or three older people, including José Andrés’s secondary school headmaster! They were a lovely group of people. 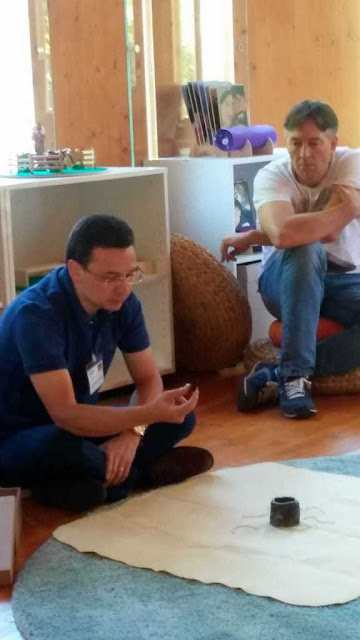 I was asked to give a ‘Testimony’. I found the idea quite scary, but agreed to do it. I had to talk a bit about my life and faith, my role in the church and especially about Anglicanism. Then the people could ask questions.

I found it very encouraging that so many people wanted to find out about the Anglican Church. I think I was probably the only person on the retreat who was not Roman Catholic. 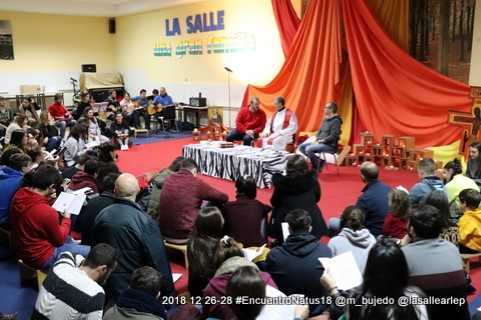 There was a concert the last evening given by Sister Glenda, a Chilean nun who evangelizes through her singing.

The two days were fantastic. The atmosphere was wonderful. I also learned a lot from José Andrés over the two days. The people came from all over Spain and many from Portugal and were so enthusiastic. I had met a few brothers through Godly Play courses, but now know a lot more. I felt very privileged indeed to have been part of the retreat.

Posted by David Hamid at 17:59
Email ThisBlogThis!Share to TwitterShare to FacebookShare to Pinterest