Spectacular, most beautiful. An ecumenical compliment! 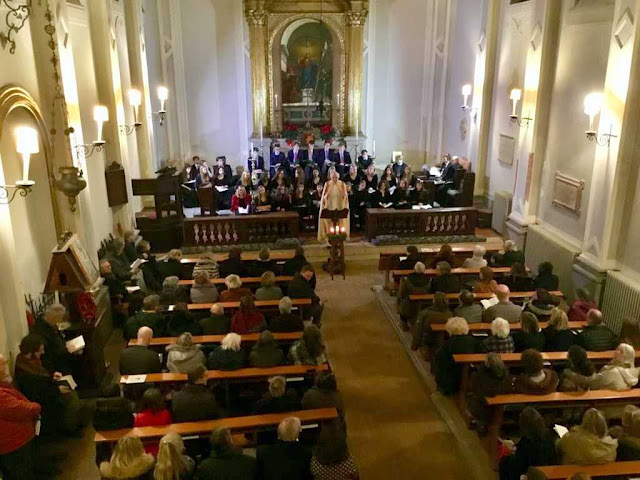 "Spectacular, most beautiful. To see and hear those young people singing really filled my heart."
Such were the remarks of Don Andrea the Roman Catholic priest of the parish in which St George’s Anglican Church, Venice, is situated. He had attended and participated in the service of Nine Lessons and Carols held in St George’s on 15th December. Immediately on returning home he sent the above words to Mr David Newbold the Churchwarden.

St George’s was privileged by having the contribution of thirty six voices from the choirs of Eton College and St Paul’s Girls' school, London. This was the first occasion that these two choirs toured together. The service (standing room only) proved to be a powerful act of worship. It also highlighted what a rich inheritance the UK has in its tradition of Christmas carols and music – something not found in southern Europe but increasingly appreciated in these parts.
Posted by David Hamid at 17:08
Email ThisBlogThis!Share to TwitterShare to FacebookShare to Pinterest