For over 400 years, since 1611, the English Church in Hamburg has been serving the English speaking community in the city. At first the congregation was made up of English residents who were largely engaged in shipping and trade. Today the Church is a multinational community; typically at the Sunday mass the congregation, which is regularly more than 100, represents over 15 nationalities. 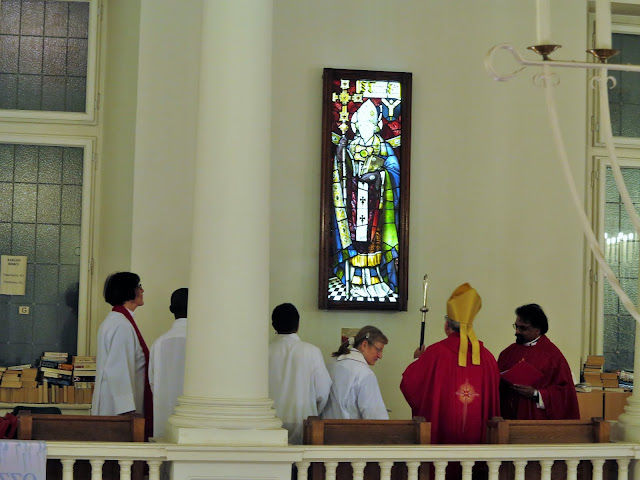 The Church is dedicated to St Thomas à Becket. On 9 January a window depicting the saint was blessed, having been restored, mounted and illuminated in one of the upper galleries of the building. The glass, dating from the late 19th century, was donated by Graham Dry and his wife Beate Dry-von Zerschwitz who discovered it among other stained glass in a specialist shop in London.

The members of the congregation are proud to have this saint as their patron, particularly in these days when the relationship between the United Kingdom and the rest of Europe is uncertain. They know that St Thomas à Becket is a very European saint. Just a couple of years after his martydom in 1170 in a provincial city on an off-shore island, he began to be honoured across the entire continent. As early as a decade after the martyrdom people from as far away as Iceland were including Canterbury on their pilgrimage agenda along with Santiago de Compostela and Rome. St Thomas is is a reminder that we in Europe share a history; we share a story; we share heroes; we share an identity. For over 800 years St Thomas has joined the English community to other European communities. His widespread veneration is a reminder that we are essentially one as people, united in proclaiming and living the great values and truths of the Gospel.

Apart from speaking of our fundamental European solidarity and unity St Thomas's martydom, on the orders of King Henry II, reminds us our Christian calling to resist all abuse of power in our world today, and to stand with courage against all distortion of the Christian message and Christ’s values of justice, love and peace. 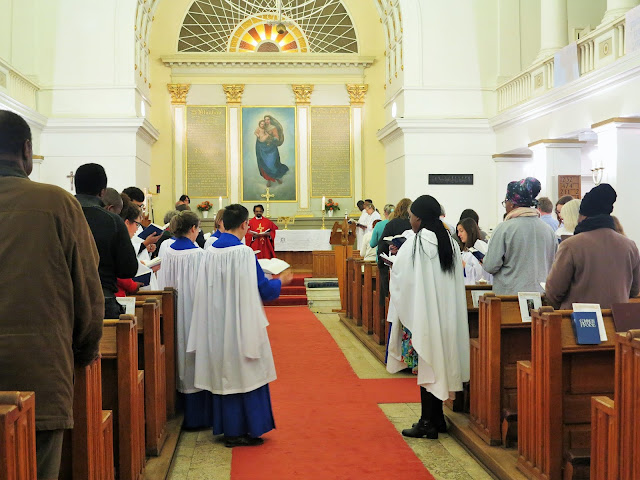 Posted by David Hamid at 21:42
Email ThisBlogThis!Share to TwitterShare to FacebookShare to Pinterest