A Word About the Clergy Discipline Measure 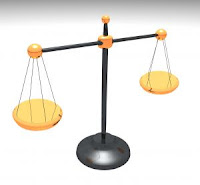 There is widespread misunderstanding and considerable anxiety about the Clergy Discipline Measure (CDM), particularly among clergy. On Wednesday 27th January, I attended an Ecclesiastical Law Society lecture on the CDM. It was given by the Lord Justice of Appeal, Sir John Mummery, who is the “President of Tribunals” under the Measure.  Sir John spoke of his experience which gave me renewed trust in the way the Measure is being observed throughout the Church.

For one thing he shared a statistic which helps to keep things in perspective. The number of complaints brought under CDM are few: 22,000 clergy are subject to the measure yet in 2008 (the latest year for which we have statistics) there were only about 70 formal complaints in total, including some against bishops and archbishops. Of these only 3 complaints ended up being referred to tribunal. To date, there have been no complaints under CDM in the Diocese in Europe at all.

What does the CDM deal with?
The CDM is NOT about:
The CDM is about addressing serious misconduct. It is concerned with blameworthy behaviour that is addressed by examination of fact and evidence, and with a view to the degree of the misconduct. So clearly it is about such things as inappropriate relationships, misuse of church funds, not following child protection procedures, and damaging the welfare of a minor. At times, it is necessary to steer CDM in the midst of complex parallel proceedings of a civil or criminal jurisdiction.

I believe that the clergy of our Church can have a confidence in the CDM. Clergy discipline prior to the CDM coming into force in 2006 was not always handled uniformly or with transparency throughout the Church. I was greatly encouraged to hear Sir John Mummery (left), who holds great responsibility within the system and whose approach is humble, wise and thoroughly committed to fair procedures and "getting it right".
Posted by David Hamid at 22:57
Email ThisBlogThis!Share to TwitterShare to FacebookShare to Pinterest