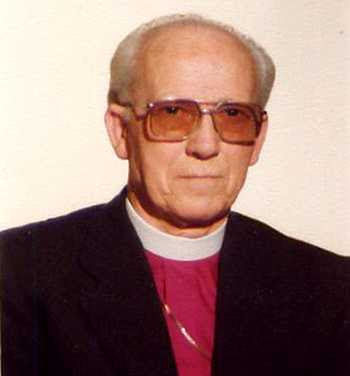 Bishop Arturo Sánchez Galán, the retired bishop of the Spanish Reformed Episcopal Church (Iglesia Española Reformada Episcopal, IERE) died on the morning of 10 January. He was 85. "Don Arturo" was the bishop of this Spanish Anglican jurisdiction, from 1983 to 1995. (IERE was organised in 1868 by dissident Roman Catholics. It became an autonomous part of the Anglican Communion in 1980. The present Bishop Carlos López Lozano resides in Madrid. There are about 25 parishes and missions. These are quite separate from the Church of England's Diocese in Europe churches and congregations in Spain).

Bishop Sánchez was responsible as chairman of FEREDE (the Federation of Protestant Churches in Spain), for heading up negations between the Spanish State and the non-Roman Catholic Churches including reaching important agreements of cooperation, following the difficult Franco years. He also had an international profile having served on the World Council of Churches and the Conference of European Churches.

Don Arturo may be known to many of our Church of England’s long-term residents in Spain. I first met him  in Panama in 1987 at the Latin American Anglican Congress, where he was warmly welcomed as a bishop from "la Madre Patria". (This term sounds contradictory in English, but works for Latin Americans).

The funeral for Bishop Sánchez will be held in the IERE Cathedral of the Redeemer in Madrid, on 15 January. Our condolences go to his wife Raquel and their family.

Posted by David Hamid at 10:18
Email ThisBlogThis!Share to TwitterShare to FacebookShare to Pinterest