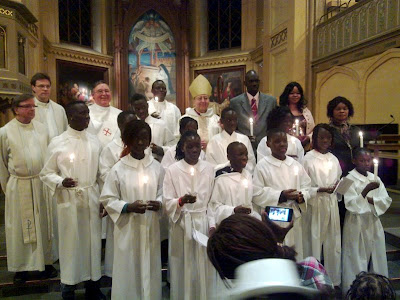 12 young people of the White Nile congregation were confirmed on Sunday 22 January at a festive (3 hour!) service in Holy Trinity church in Vaasa in western Finland. Readings were in English and Finnish, songs and hymns in Arabic, and my serrmon, preached in English, was also translated into Arabic.

The White Nile congregation is part of the Anglican Church of Finland and consists largely of Sudanese refugees. Their priest is the Revd Amos Manga who is assisted by the Revd Deacon David Oliver. Over 130 people attended the service at which two Lutheran priests, the Revd Sami Saharinen and the Revd Gunnar Särs, also took part. Fr Tuomas Mäkipää, the assistant curate at St Nicholas, Helsinki made the 900 km round trip to be with us for the celebration.

The White Nile congregation was organised during the Revd Rupert Moreton's time as chaplain of the Anglican Church in Finland. Fr Rupert encouraged the establishment of this work and sought Lutheran cooperation from the start to demonstrate how such ministry can be a visible sign of the communion between the Evangelical Lutheran Church in Finland and the Church of England, brought about by the Porvoo Agreement. Fr Rupert left Finland at the end of 2011 to take up a post in the Cathedral in Cork, in the Church of Ireland.

Vaasa is in the Finnish Diocese of Lapua, and the Bishop Simo Peura, is a good supporter of the White Nile congregation. He invited Fr Amos to attend his diocesan clergy conference last November. There has also been a joint meeting between the White Nile Church Council and the local Lutheran parish Council which has opened up the idea of monthly joint services. The Lutherans have offered to include Anglican Sunday School teachers in their regular programme of training. (There are presently 26 children in the White Nile Sunday School).

During my parish visit to the White Nile congregation I met with the Council to hear updates on their programmes, which include youth work (for ages 18 - 25) and an Adult Education Programme. 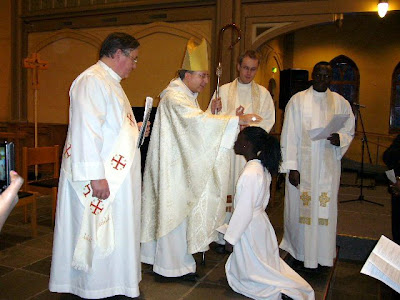 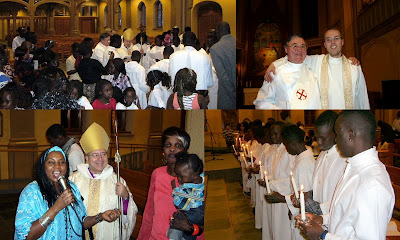