In the stall of Edith Cavell: the Revd Canon Barbara Moss 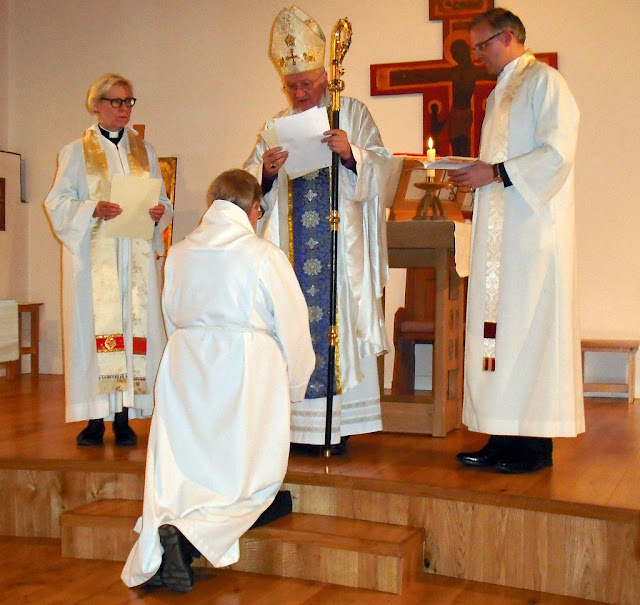 We took advantage of the Revd Barbara Moss being present at the Diocesan Vocations Seminar last week to have her formally collated as a Canon of the Cathedral Chapter of the Diocese. This took place at the opening eucharist, at which Bishop Geoffrey presided, in the chapel of St Columba's Conference Centre in Woking. Canon Moss, the chaplain of St Andrew's Gothenburg, Sweden, will later be seated in the stall of  Edith Cavell in the Pro-Cathedral of the Holy Trinity, Brussels. She will be the first occupant of this new stall.

Edith Cavell was a nurse serving in Belgium during World War I, and was a member of Holy Trinity, Brussels. She was shot by a German firing squad on 12 October 1915 following her arrest and court-martial for helping some 200 Allied soldiers escape from the German occupation. On the night before her execution, the chaplain of Holy Trinity, the Revd Stirling Gahan, gave her Holy Communion. She told Fr Gahan that night, "Patriotism is not enough, I must have no hatred or bitterness towards anyone".

In addition to her parochial work in Gothenburg (and her close collaboration with Swedish Church colleagues in University Chaplaincy), Canon Moss is Area Dean of the Nordic Baltic Deanery and an Assistant Director of Ordinands. She is also an active member of the Communications Committee of the diocese.

Most people in the diocese benefit directly from Barbara's work as she is the one who compiles and edits the Diocesan Prayer Diary which enables each church and community in the diocese to be remembered in prayer once a year. Barbara also incorporates into the Prayer Diary the World Council of Churches prayer cycle as well as the cycles of the Anglican Communion and of the  Porvoo Communion of Churches, making this a comprehensive resource for our intercessions. 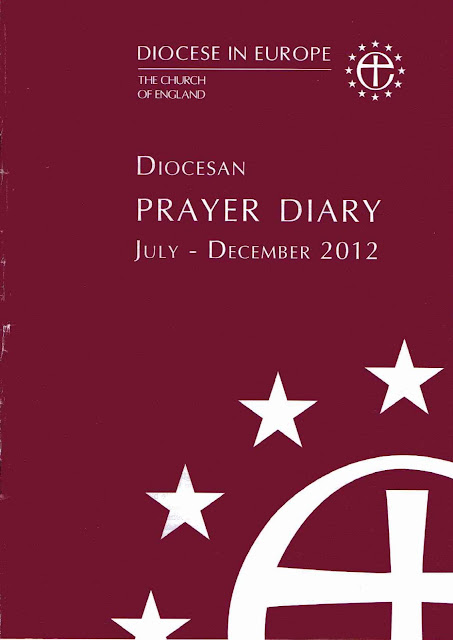