Jack Noonan admitted as a Reader

On the Feast of St Michael and All Angels, Jack Noonan was admitted as a reader in the Church of England and licensed to serve in St Clement's Prague. The service was during the synod of the Archdeaconry of the East, which was held in Athens. Archdeacon Patrick Curran presided at the service, at which Bishop Geoffrey licensed Jack, who will serve in St Clement's under the direction of the chaplain, the Revd Ricky Yates.

Like all readers in the Diocese, Jack was interviewed and selected for this ministry and then undertook a course of study consisting of 6 modules, delivered through St John's College, Nottingham. The course of study, which includes practical training in liturgics and preaching, normally lasts from 2 to 3 years.

At the Sunday Eucharist in St Paul's Athens, which concluded the Archdeaconry Synod, members of the congregation were able to greet Jack, and wish him well in his Reader ministry. 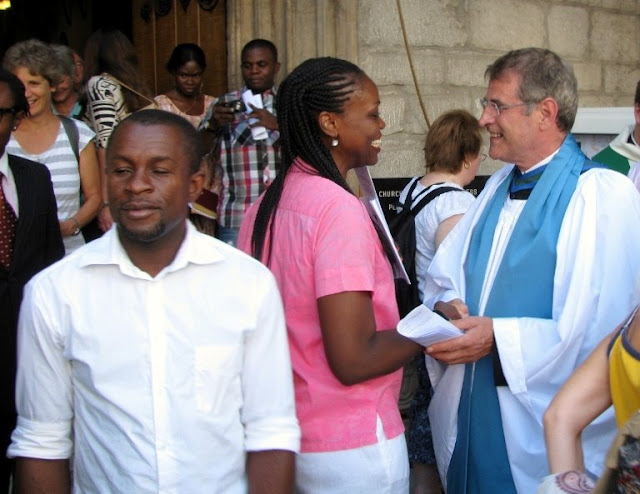 For information on the life of St Clement's Prague where Jack will serve, visit the parish website here.

Posted by David Hamid at 21:00
Email ThisBlogThis!Share to TwitterShare to FacebookShare to Pinterest