It's about Europe, it's about you! 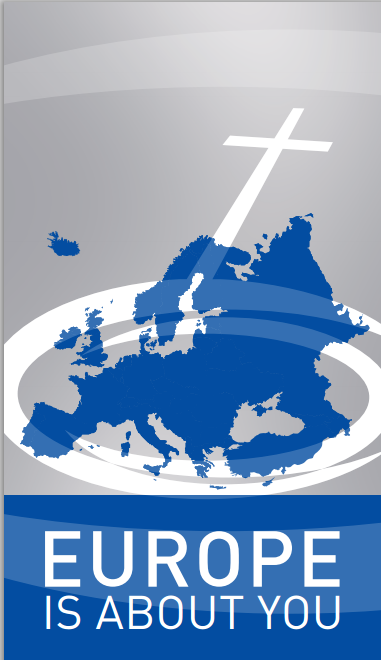 27 of the 44 countries covered by the Diocese in Europe are member states of the European Union. Tomorrow, 22 May, EU citizens go to the polls to elect members to the European Parliament.

From my discussions around the diocese, I have been heartened to learn how seriously the many EU citizens who are members of our congregations and resident in those countries will be taking their democratic responsibility.

Europe faces many problems. Yet the elections present a chance for EU citizens to make contributions to overcoming extremism, renewal of solidarity, respect of differences and sharing responsibility.

To encourage Christians who are EU citizens to cast their vote tomorrow, the General Secretary of the Conference of European Churches (CEC), the Revd Dr Guy Liagre, has issued a statement about the elections, entitled: It’s about Europe, it’s about you!  I have posted the statement below.


The elections to the European Parliament are an opportunity for each citizen of the European Union to make their voices heard and to shape our common future. It belongs to the Christian understanding of the role of each person in society not to hide individual responsibility for the development of the community.

Every day the European Union pervades our life in many different ways. At this particular time, when the daily existence of millions of people in Europe is affected by the continuing impacts of the economic and financial crisis, when peace and reconciliation neither in society, nor within the continent as such are any longer as obvious as it used to be just a couple of years ago, and when the future of Europe more than ever raises questions and concerns, the Conference of European Churches (CEC) urges Christians all over the European Union, members of our  member churches, to seize the opportunity of the upcoming elections to cast their votes for candidates promoting peace, reconciliation, societal justice and cooperation instead of extremism and separation.

As was expressed in an earlier statement on the topic by CEC Governing Board, our vision is ‘Europe as a place of peace, solidarity and cooperation.’ For this particular reason: “CEC invites its member churches to stand up actively against extremist positions that are contrary to basic standards of humanity and that deny values on which the European tradition has been built and that stand against basic principles of Christian ethics and faith.”

We wish to express our support for those candidates standing in elections who value human life and the dignity of each individual without distinction. Christians all over Europe have a long-standing tradition in working towards justice and fairness in interpersonal relations, in cooperation among nations, as well as in our relation to the world. This should drive us to make our position clear also in the upcoming elections.

For more information about themes related to the elections important for CEC, its member churches and our partners you are invited to read the CEC leaflet and the website www.ecumenicalvoices2014.eu. A voice for a Europe of peace, solidarity and cooperation is crucial at this particular moment!

Posted by David Hamid at 09:23
Email ThisBlogThis!Share to TwitterShare to FacebookShare to Pinterest