The Revd Vickie Sims licensed in All Saints, Milan 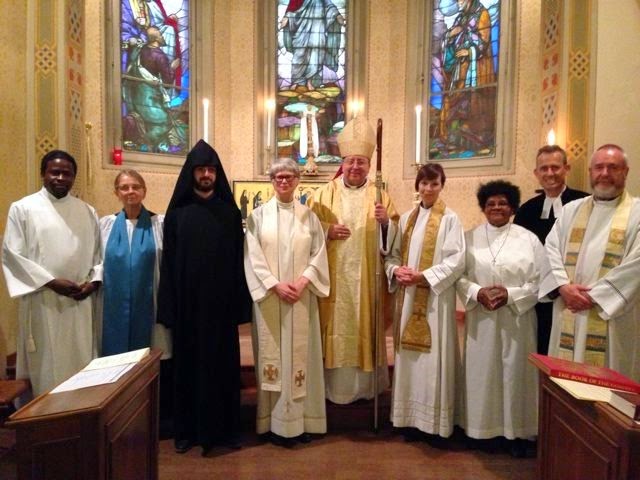 The Revd Vickie Sims formally began her ministry as Chaplain of All Saints Milan in a festive eucharistic service on Ascension Day 29 May. Vickie also has oversight of the Church of the Holy Ghost, Genoa and the Church of the Ascension, Cadenabbia. All Saints dates from the end of the 19th century. It plays an important role ecumenically in this the second city of Italy, the see of St Ambrose of Milan.

The Church was full and ecumenical guests were present from the Roman Catholic Archdiocese, the Armenian Apostolic Church, the German Evangelical Church and the Salvation Army. Archdeacon Jonathan Boardman was present formally to seat Vickie in her stall, following the receipt of her licence. Clergy and Readers from the Archdeaconry of Italy and many of Vickie's former colleagues and friends from the UK came to support her new ministry.

A warm and congenial reception was held for the congregation in the courtyard after the service, at which members and visitors to All Saints from around the world mingled and wished the new priest well. The parish motto is, fittingly: A Place to Become. A Place to Belong. 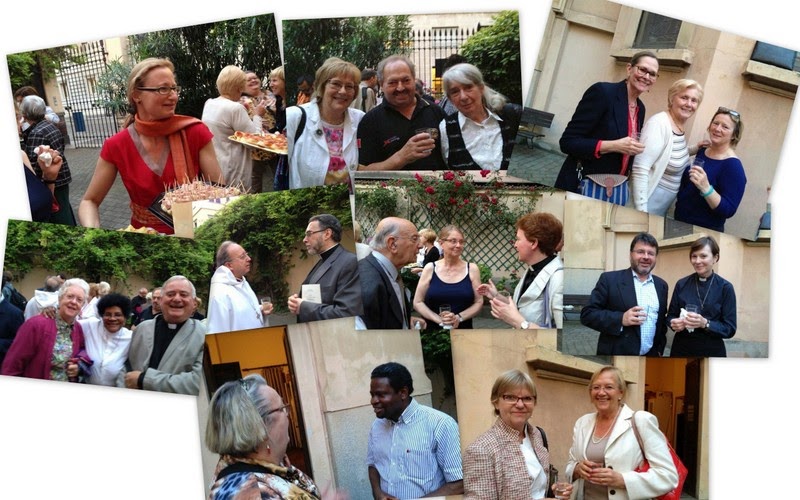 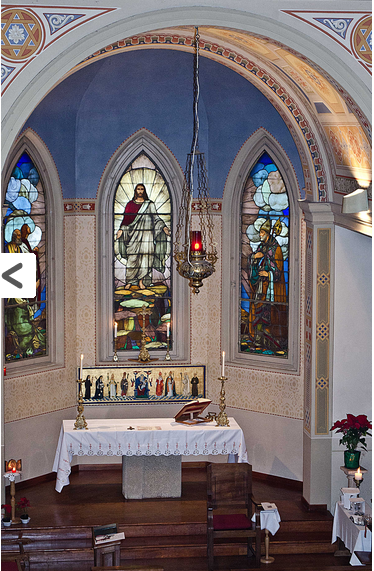 Posted by David Hamid at 15:50
Email ThisBlogThis!Share to TwitterShare to FacebookShare to Pinterest