The Diocese in Europe was well represented at the national service to mark the 20th anniversary of the priesting of women in the Church of England on Saturday 3 May. There were 8 women clergy who joined the thousands from other parts of the Church of England and overseas for the celebration: Jill Strachan (Aquitaine), June Hutchinson (Midi-Pyrénées), Debbie Flach (Lille), Hazel Door (Poitou-Charentes), Mary Strømmen (Trondheim), Adèle Kelham (Lausanne) and Anne Jenkins (Costa Brava) and Ulla Monberg (Diocesan Staff).

The celebration began as hundreds gathered in Dean's Yard, Westminster for a "walk of witness" to St Paul's Cathedral for the service. Many bemused tourists stopped us along the 2 mile route to ask what we were about. I had a couple of interesting conversations with visitors from Spain who had clearly never see a single woman priest before, let alone a procession of hundreds! 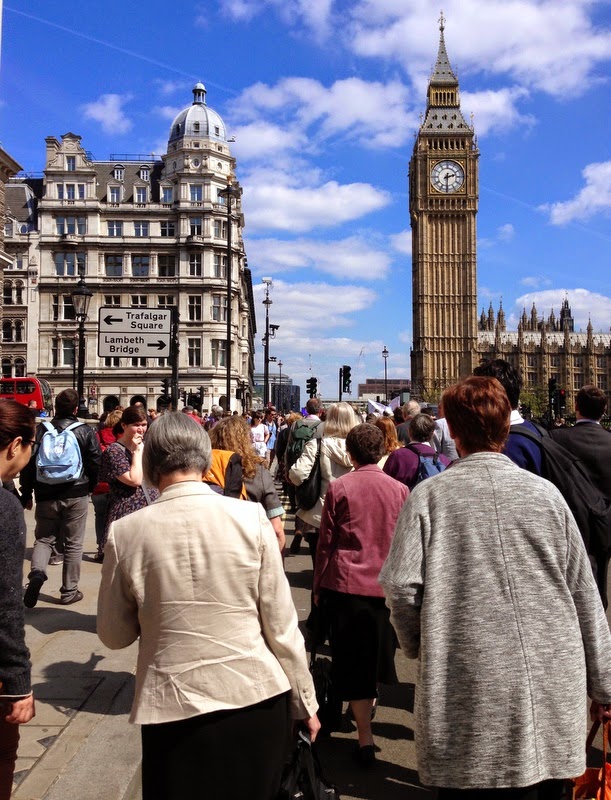 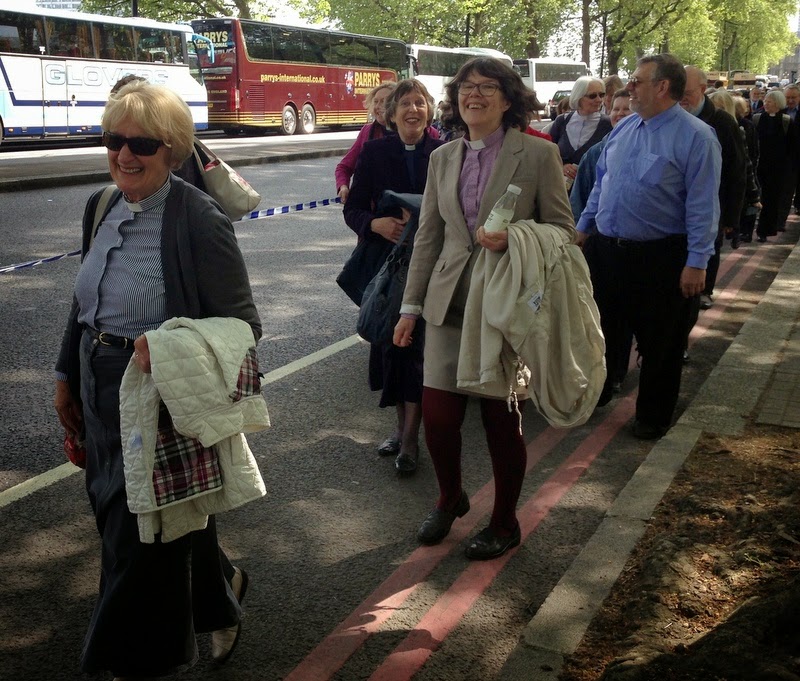 The service at St Paul's, at which the Archbishop of Canterbury preached, was filled to overflow, with many outside in Paternoster Square watching on a large screen. A prolonged applause of over 15 minutes accompanied the procession of 700 women who had been among the first to be ordained priest in 1994. Among these special guests were our own Canon Ulla Monberg and the Revd Anne Jenkins, pictured below. 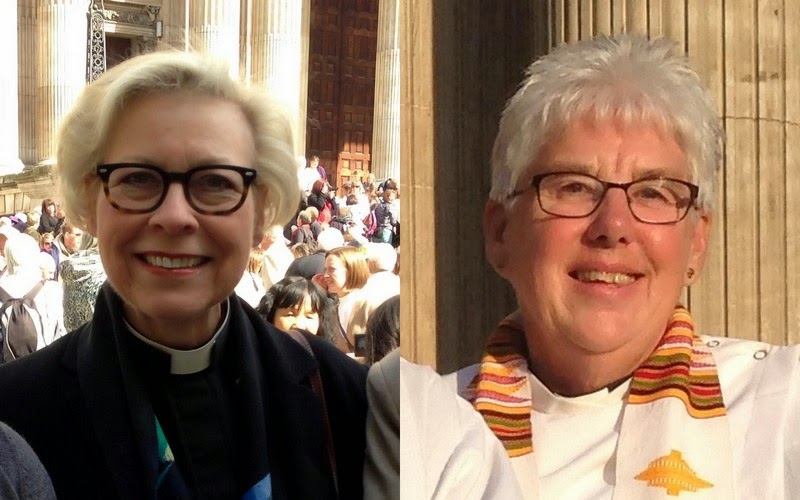 From the collect at the anniversary eucharist:

Let your priests be clothed with righteousness and your faithful ones sing for joy as we celebrate our common humanity, our shared ministry, and our joint service, in proclaiming the mighty acts of the one who called us out of darkness into his marvellous light.
Posted by David Hamid at 10:19
Email ThisBlogThis!Share to TwitterShare to FacebookShare to Pinterest