A call for prayer following the crash of MH 17 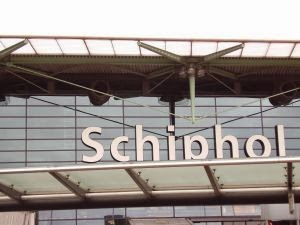 The Revd Canon Mark Collinson, the Chaplain of Christ Church, Amsterdam, has forwarded the message below as he seeks the prayers of the people of this diocese, following the crash of Malaysia Airlines flight MH 17.

As people all over the Netherlands hear of those they know who were on the crashed Malaysia Airlines Flight MH17, ministers of the Schiphol Airport Chaplaincy organise support for bereaved family members. I hear of one whole family, whose daughter went to my son’s school, were amongst the 154 Dutch people on the aircraft. King Willem-Alexander is ‘deeply affected’ by the news, and expresses concern for those who are bereaved, and those who don’t yet know whether their loved ones were on the flight.

Protestant, Anglican, Old Catholic and Roman Catholic ministers are meeting with grief stricken family members at Schiphol together with other professional support services. Revd Nico Sarot, the Old Catholic Anglican priest who is one of the full-time ministers at the airport, is also there. Volunteers who normally provide support in the chapel/meditation centre are being drafted in to provide extra resources, so that there are at least two people available per family.

Please pray for those who are bereaved, together with all those who provide support for them, and for our mission partner the Anglican Old Catholic Airport Ministry, as people in this nation come to terms with this tragedy.

Gracious God, look in mercy on all to whom great sorrow has come. Console and protect those who have lost loved ones. Strengthen those who minister to the grieving. Give your light in darkness to all who are near to despair, and assure them that you hold all souls in life.
Posted by David Hamid at 23:39
Email ThisBlogThis!Share to TwitterShare to FacebookShare to Pinterest