Gaza: some analysis and an appeal

In the midst of various news reports and statements about current crisis in Gaza, I have found the following statement from Christian Aid, This is not about Gaza, to be a helpful and insightful comment, recalling some wider facts which are often overlooked. It calls clearly for an end to impunity for those who carry out attacks on civilians.

Christian Aid is the relief and development agency sponsored by the major non-Roman Catholic UK Churches, Anglican, Methodist, Orthodox, Reformed, Baptist, Independent and others. It works in close alliance with CAFOD, the Roman Catholic relief and development agency. Former Archbishop of Canterbury, Dr Rowan Williams, is presently the chairman of the Christian Aid board. This diocese in Europe has partnered with Christian Aid, most recently in raising funds for an education project for Afghan women and girls, through our Lent Appeal.

I quote the statement below, in full. The Christian Aid website is here. A resource with prayers, readings and intercessions for the Gaza crisis can be found on their site here.

The Anglican Diocese of Jerusalem and the Middle East has a presence in Gaza, including running the Al-Ahli hospital. Like the other hospitals in Gaza, Al-Ahli hospital is experiencing severe shortages in medicine, fuel for electrical generators, food for patients, and food parcels for many in the community seeking this help. The Diocese of Jerusalem and the Middle East have launched an appeal for the hospital. Details can be found here. 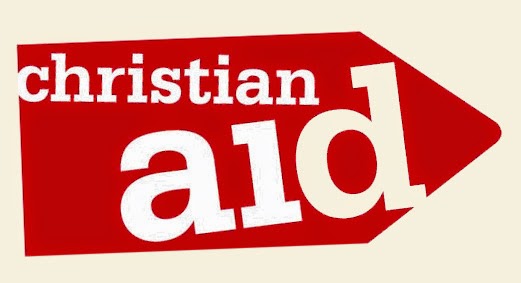 "This is not about Gaza": a statement from Christian Aid


Christian Aid believes that while the scale of destruction and suffering in Gaza is unprecedented, the current crisis should not be a surprise to anyone. It is the result of decades of political failure and continuous Palestinian displacement. We call for an immediate end to all violence against civilians, and honest and concrete measures to demonstrate to all those who breach international law that they
will be held to account.

This latest outbreak of violence is not about Gaza. The people who are now dying in their hundreds are paying the price for a lethal combination of international political impotence and indifference to decades of Palestinian dispossession and displacement. It appears from its actions that Israel disregards the most basic rights of Palestinians.

Those who have died deserve us to be honest about what is happening. The world cannot claim to be unaware, as it has been paying for the consequences of consistent political failure, weak Palestinian leadership and Israel’s actions since the first Palestinian refugees were forced from their homes in 1947. Billions have been poured into Palestinian ‘development’ aid, while Israeli actions have fuelled ‘de-development’ and undermined a viable Palestinian economy by occupying more land for illegal settlements in east Jerusalem and the West Bank, and restricting access and movement of people and goods. Israel controls and has an impact on almost every aspect of Palestinian life. This includes forcing people through humiliating checkpoints; allowing settler violence to go unpunished; imposing a seven-year blockade on Gaza; arresting and holding thousands without charge; and demolishing homes and livelihoods.

Anyone bearing witness to these facts on the ground will no doubt conclude that any possibility of a two-state solution has all but failed. Despite the international community’s claim that it is the only solution, it has not acted to stop Israel usurping Palestinian land and natural resources, and has allowed Palestinians to become the highest per capita recipients of donor aid in the world.

If there is doubt about the current Israeli Government’s intentions then Prime Minister Netanyahu’s comments in the Times of Israel (13/07/14) clarifies things: ‘I think the Israeli people understand now what I always say: that there cannot be a situation, under any agreement, in which we relinquish security control of the territory west of the River Jordan.’ This clearly means not giving a Palestinian state full sovereignty.

For Israel and the occupied Palestinian territory to be truly secure, democratic and peaceful, and to end the poverty that degrades the lives of so many, the occupation must end and all within it must be treated equally. If the international community continues with the same approach to this conflict, then it is complicit in the current situation. Christian Aid believes that relationships must change between Israelis, Palestinians and third-party states, and be transformed into ones that centre on accountability. Christian Aid believes that for there to be security for both peoples, the climate of impunity must come to an end, and every individual and collective action must be accounted for through a framework guided by international law and justice. This is the essence of peace: building new relationships founded on equity. If non-violent forms of justice, such as
respect for international law, are routinely ignored, then the international community will continue to fund an unsustainable status quo.

Accountability mechanisms have been sidelined due to a lack of international political will to demonstrate to Israelis and Palestinians a commitment to a just peace. States have consistently chosen politics over law in dealing with Palestinians and Israelis, subverting the possibility that applying legal standards to both parties could serve as a vehicle for peace and support efforts to end violence.

By holding Israelis and Palestinians to account for their actions, as so many of our Israeli and Palestinian partner organisations strive to do, a new reality can emerge within a less asymmetric context. Accountability creates a secure platform from which each party can negotiate problems and attempt to come to terms with the current reality: Palestinians and Israelis living side by side on the same land without peace and security. Until they are treated equally, any attempts at peace will continue to fail.

After the Israeli offensive on Gaza in 2008/9, known as ‘Operation Cast Lead’, a UN fact-finding mission in Gaza investigated serious violations of international law perpetrated by both Israelis and Palestinians. The mission warned that if the violations identified in its report were not addressed, the climate of impunity would ensure continued violence and disregard for civilian protection. What we are witnessing in Gaza today – the devastation of lives – bears this out.

What does accountability mean for Palestinians and Israelis? It means that those who carry out attacks targeting civilians, whoever they may be, are brought to justice. There can be no justification for a continued lack of accountability and unwillingness of the international community to act in the face of gross violations.

At the moment we are talking about Gaza. But this conflict is also about the occupied West Bank with all its illegal settlements, and the refugee camps in Lebanon, Syria, Jordan and the occupied Palestinian territory. It’s about the security of both Palestinians and Israelis. It’s about stopping more death and destruction, and treating every life as sacred and of equal value. It’s about condemning and acting on the injustice that we
are witnessing in Gaza.

The British Government has been clear in its condemnation of Hamas’s rockets, as are we. It needs to be equally clear in its condemnation of the killings of civilians and destruction of medical facilities and homes by Israel. Any imbalance, perceived or real, could undermine genuine efforts to achieve a ceasefire. Future attempts at peace will have to be inclusive and respect the rights and dignity of all if they are to stand any chance of success. This hasn’t happened so far.
Posted by David Hamid at 11:18
Email ThisBlogThis!Share to TwitterShare to FacebookShare to Pinterest