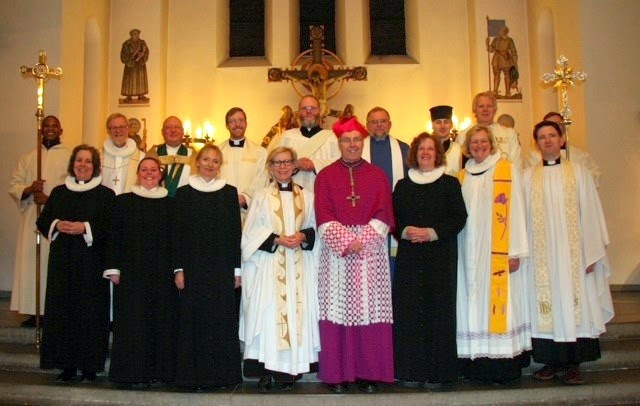 In the Week of Prayer for Christian Unity, the annual Ecumenical Church Walk took place in Copenhagen. More than 800 hundred people walked together through the city visiting and worshipping in churches of different denominations as a sign of Christian unity. The walk began in St. Paul’s Lutheran Church and included visits to the Methodist Church, the Russian Orthodox Cathedral, the Roman Catholic Cathedral, St. Alban’s Anglican Church (where was held two shortened versions of traditional Evensong) and the Swedish Church where a joint act of worship concluded the evening. 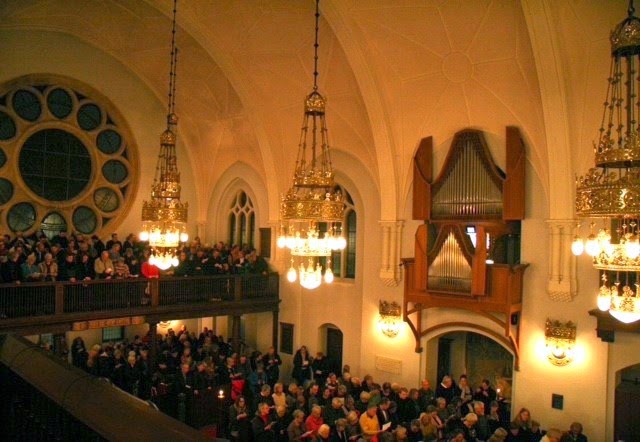 The Ecumenical Church Walk for Christian Unity was started by the Fellowship of St. Alban and St. Sergius and this 61st consecutive annual walk in Copenhagen is the oldest of its kind in Europe.

The Diocesan Director of Training, the Revd Canon Ulla Monberg, who lives in Copenhagen, has been on the organising committee of this ecumenical event for many years. It was a good opportunity for her to be able to introduce the new Chaplain of St Alban's, the Revd Darren McCallig, who is recently arrived to take up his post, to the key ecumenical partners in the city.

Posted by David Hamid at 10:47
Email ThisBlogThis!Share to TwitterShare to FacebookShare to Pinterest