A view from Athens on the recent election in Greece 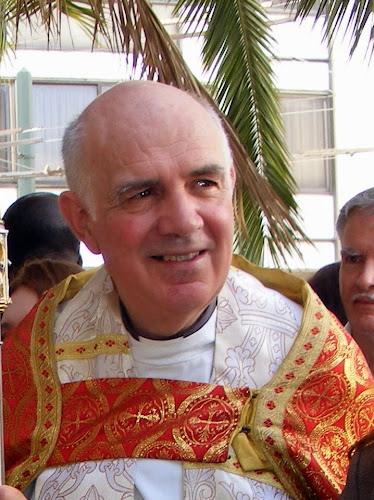 What is the feeling on the streets of Athens, following the elections in Greece on Sunday, at which the leader of the leftist Syriza party has emerged as Prime Minister? The Revd Canon Malcolm Bradshaw, Senior Chaplain of the Anglican Church in Greece has written with some impressions.

"There is a sense of elation on the streets. The voice of the ‘people’ has surfaced declaring a strong and defiant ‘no’ to more austerity and the humiliation that has accompanied it. Much hope that better days are to emerge – even to the point that those who have lost employment in the civil service (thought to be totally over bloated) – will have their jobs restored; pensioners hope that their pensions will be restored to pre austerity levels; electricity will be restored to those cut off; a call has gone to all young adults (educated and able) who have migrated to other lands for employment to return to the motherland. The new government seems to be wanting to return the country to pre-austerity days and have little regard for the structural reforms that have been sought by the Troika (the EU, European Central Bank and the IMF). So elation with much hope characterizes those on the street – those who have suffered the pain of austerity. Exceedingly high anticipations regarding the huge promises made by Mr. Tzipras, the new Prime Minister. ‘Today, Monday, austerity has finished’ is the mantra. And the defiance expresses itself to the point that ‘today Greece begins the reform of Europe"!"

But Fr Malcolm goes on to say,

"Yet deep anxiety exists as to how Mr. Tzipras can ever deliver the anticipations now let loose in the hearts of the populace without bankrupting the country and withdrawing from the Euro. Deep dismay could set in and the country could face much unrest. A big unknown is before us."

As Fr Malcolm has indicated, there are a lot of unknowns ahead. Meanwhile the Churches are trying to cope with the crippling reality that one in 4 Greeks is on the brink of poverty, with homelessness on the rise, youth unemployment at about 57%, challenges posed by recent arrivals of refugees and migrants, and devastating pressures on the cohesion of a cornerstone of Greek society, the family. St Paul's in Athens continues its ecumenical engagement in social outreach, such as in the "Church in the Street’ programme whereby the Orthodox Church with the Anglican Chaplaincy give out 10.000 meals each day in the city of Athens alone.
Our prayers continue that effective and lasting change to benefit the people will be forthcoming, now that some hope has been rekindled.

Posted with Blogsy
Posted by David Hamid at 14:38
Email ThisBlogThis!Share to TwitterShare to FacebookShare to Pinterest