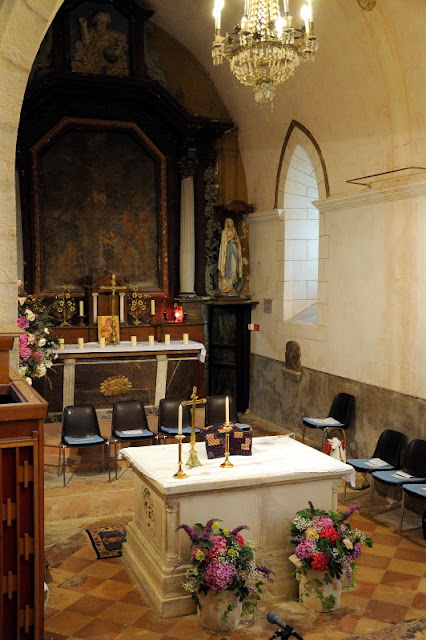 On Sunday 28 June, in the ancient parish church of St Catherine on a hilltop in the remote village of Limeuil in the Dordogne, over 150 people gathered for a historic and moving service, the ordination of Charlotte Sullivan to the diaconate.

The church is not easily accessible by car, and there is virtually no parkng at the top, so a shuttle service ferried parishioners from the Anglican Chaplaincy of Aquitaine from the bottom of the hill to fill the church to overflow. Several local French people from the village attended, including the Mayor and his wife, and the former Mayor and his wife. St Catherine's Church has been given over for Church of England sole use by kind agreement of the Mayor and the local Bishop.

8 of the priests who serve the parish attended, as well as 4 of the parish Readers. This was virtually the last official function of the Chaplain of Aquitaine, the Revd Dr Paul Vrolijk, who is shortly to move to Holy Trinity Brussels.

Also present with a major part to play were the Archdeacon of France, the Venerable Ian Naylor, and the Diocesan Director of Ordinands, the Revd Canon William Gulliford, who officially presented Charlotte to me for ordination. The deacon of the rite and preacher was my own chaplain, Deacon Frances Hiller, which was most fitting, as Charlotte is a "distinctive" or permanent deacon, like Frances, and is not simply in transition to the order of priest.

In fact, Charlotte's call to the diaconate is strong and clear, despite not having many models of this ministry to observe, and despite some mild pressure on her to consider priesthood. Her own faith is based on humble service; she has a particularly strong sense of reliance on God, and a deep calling to be alongside those who are marginalised, those in pain and distress, and those on the edges or even beyond the Church's reach. The number of distinctive deacons in the Diocese in Europe is now at 6 with two more in training.


Charlotte is very well known in this local Church having come to faith there many years ago, and was confirmed there. It is not surprising then, that there were loud shouts of ‘We will’ as I asked the congregation if they were in accord with Charlotte’s wish to be a deacon and if they would support her. The response was strong and moving! 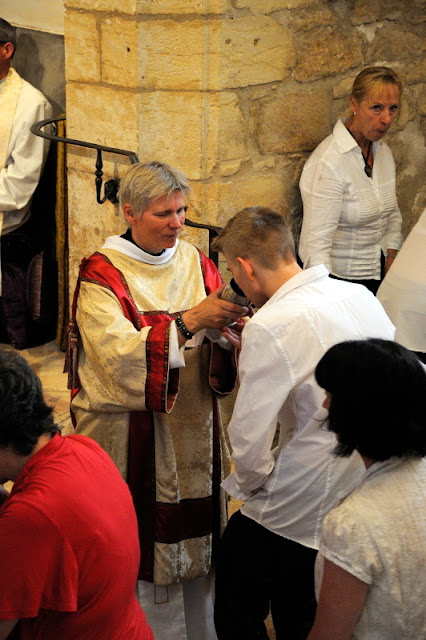 The choir under the direction of Nasrine Talog-Davies led the beautiful music of the liturgy, and were joined by flautist Clare Monceret. The music continued after the service when, at a celebratory lunch, at Charlotte's, a Jazz Band played for our entertainment. Charlotte's late husband Kevin, who died just over a year ago, was a cornerstone of that Jazz Band, so many felt his own presence at the celebration through the music. 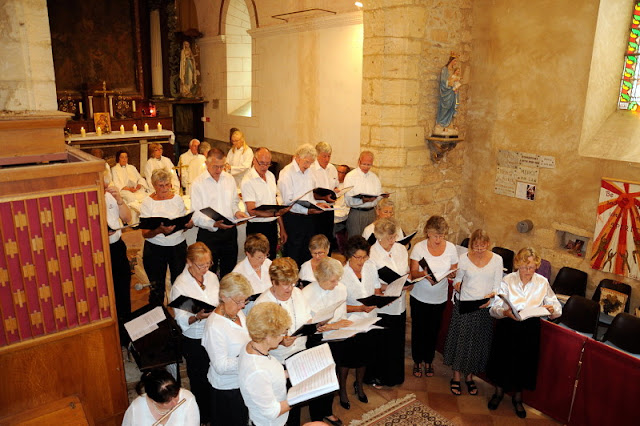 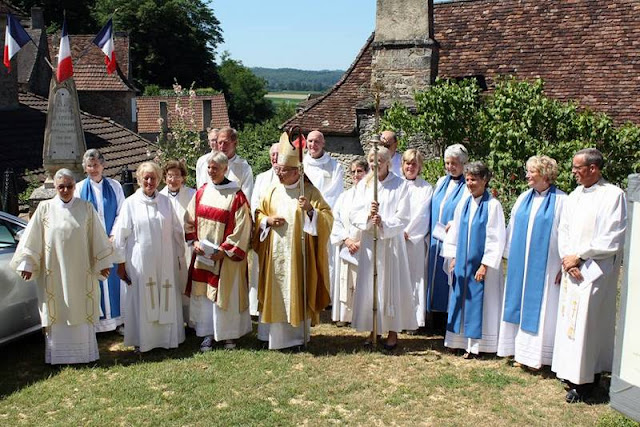 Deacon Charlotte, I am sure, is also the first person to be ordained in the diocese in red "sneakers" or "trainers". Red for the Holy Spirit, of course, and the style of shoe in keeping with her active ministry!
Posted by David Hamid at 09:24
Email ThisBlogThis!Share to TwitterShare to FacebookShare to Pinterest