The document, available in both French and English, is entitled “O Lord, open our lips” or “Seigneur, ouvre nos lèvres”. It points out the convergence between the Anglican and Roman Catholic liturgies for the daily office, and promotes common prayer between communities of both traditions. (There are over 80 Anglican congregations in France, served by about 35 priests. Many of these congregations use Roman Catholic buildings for their services). A range of practical suggestions are offered in the document to encourage a rediscovery of this common tradition and to how such common prayer can bring Anglicans and Roman Catholics in France even closer in our ministry and witness.

At the launch it was noted that, although there is a similar obligation on the clergy of the Church of England and the Roman Catholic Church to pray the daily office, the services of Mattins or Morning Prayer and Evensong or Evening Prayer is much better known among Anglican laity than the equivalent Lauds or Vespers among the laity of that Church.

Increasingly there are Roman Catholic parishes in France where weekly eucharistic worship is not possible due to a shortage of priests. In an Anglican context it would be quite normal in such a circumstance for a lay minister to lead a service of morning or evening prayer. It was noted that thanks to our common tradition, many Catholic laity may be able to rediscover a liturgical practice, which is certainly not absent from their tradition, but from which another ecclesial family - the Anglican Communion - draws more life.

It was also noted that even in an increasingly secularised Europe, cathedral style celebration of Evening Prayer – Evensong – are alive and flourishing in English cathedrals and major parish churches, despite being a very ancient and traditional form of prayer. The committee noted that this expression of liturgy, deeply rooted in our common heritage, may be saying something important about our evangelisation strategy.

Significantly the French version of Seigneur, ouvre nos lèvres has been published by the official documentation service of the French Roman Catholic Bishops’ Conference.

To conclude the launch of the document a service of Anglican Evensong was celebrated in the chapel of the RC Bishops’ Conference, sung by the choir of St George’s Church, Paris.

Copies of the report in English are available from St George's Paris. French copies can be obtained from the office of the French Catholic Bishops' Conference. 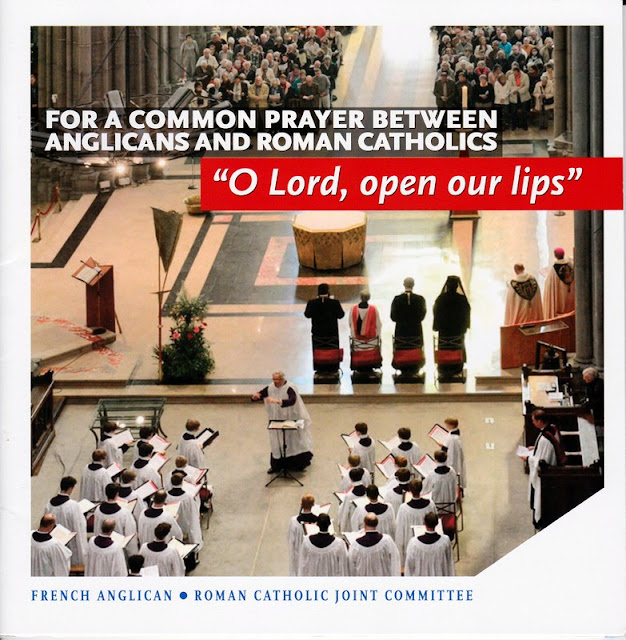 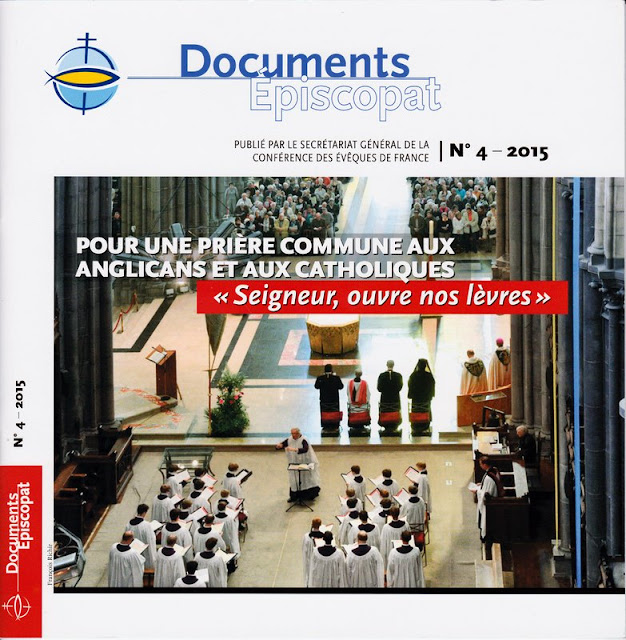 Posted by David Hamid at 07:51
Email ThisBlogThis!Share to TwitterShare to FacebookShare to Pinterest