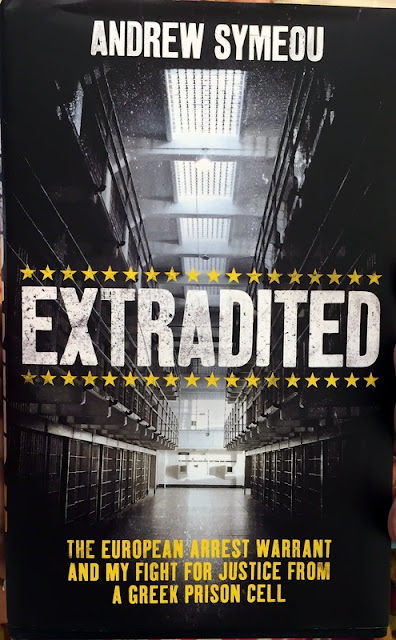 Extradited is a memoir written by Andrew Symeou who was extradited to Greece from UK in 2009 on a murder charge dating back to an incident Andrew was not connected with in 2007 on a Greek island, where another young man sadly lost his life. Andrew spent a gruelling two years in detention and on bail in Greece where he was lovingly supported by his family and friends.

This true story has a connection to the pastoral work of our diocese: the Athens Chaplaincy, and particularly Reader Christine Saccali, were involved in providing on-going pastoral care to Andrew.

He was finally acquitted in 2011. Christine Saccali says, "He is a remarkably courageous individual who has sought not to be embittered by his dreadful experience at the hands of the law. He has written his story in order to prevent anyone else suffering the same miscarriage of justice".

In Extradited special mention is made of our Athens Chaplaincy and the pastoral work of its priest and Reader.

As a result of this case “The Symeou Clause” added to legislation in 2014 reforms the European arrest warrant by barring extradition where no decision has been taken by the issuing state to try the requested individual.
Posted by David Hamid at 23:51
Email ThisBlogThis!Share to TwitterShare to FacebookShare to Pinterest