100 years ago this year over 1.5 million Armenians were killed in what has been described as the first genocide of the 20th century. A special service was held in Westminster Abbey on 28 October to commemorate this tragedy, and to celebrate the lives of the newly-sainted martyrs of 1915. The service was led by His Holiness Karekin II, the Supreme Patriarch and Catholicos of All Armenians. 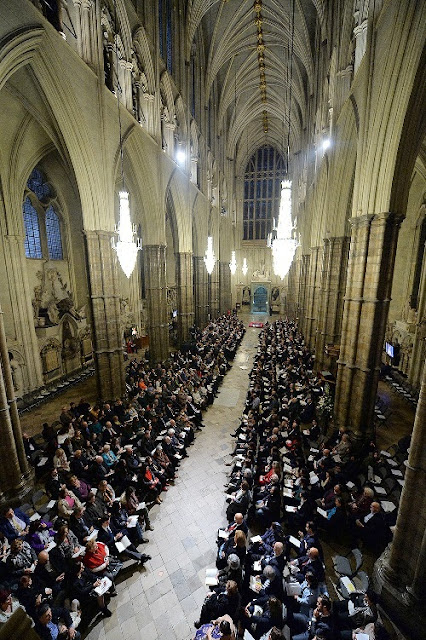 Over 2000 filled the Abbey for the prayers which celebrated the victory of life, righteousness and fraternity over death, injustice and enmity. His Holiness paid tribute to "Anglican sisters and brothers who helped Armenian refugees, giving them shelter and the use of their Churches, in the late 19th and early 20th centuries".

Mr Serzh Sargsyan, President of the Republic of Armenia; and HRH the Prince of Wales attended the service, along with His Grace Bishop Hovakim Manukian of the Armenian Diocese of Great Britain, and many representatives of other Churches.

I was privileged to have been invited, as was the Revd John Barker (3rd from left above), our priest in Yerevan, Armenia.
Posted by David Hamid at 08:00
Email ThisBlogThis!Share to TwitterShare to FacebookShare to Pinterest