The Ecumenical Patriarch in London

The last week was a busy one ecumenically with the visit of His All-Holiness, Patriarch Bartholomew I of Constantinople to the Archbishop of Canterbury. The programme was full involving services of prayer for the plight of refugees, lectures on the environment, and a major service of Evensong in Westminster Abbey followed by prayers at the Shrine of St Edward the Confessor.

At the service in the Abbey the recent statement published by the International Commission for Anglican-Orthodox Theological Dialogue was presented to the Patriarch and the Archbishop of Canterbury. The text celebrates what Anglicans and Orthodox can say together about the human person, created in "the Image and Likeness of God". It forms the theological background to further work that the Commission will now undertake on ethical issues. For a solid reflection on what it means to be human, this is excellent reading. 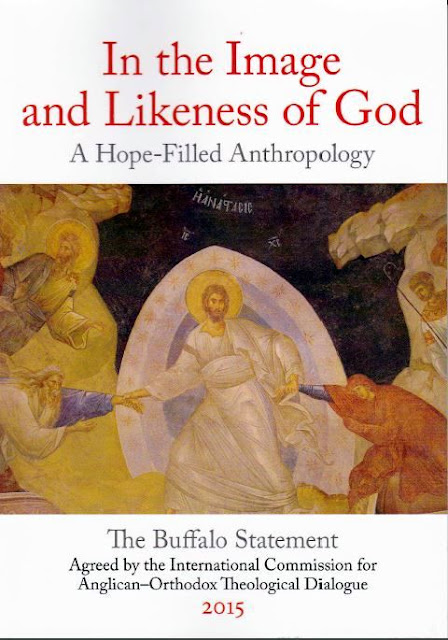 In his lectures the Patriarch made several references to the connection between human rights, social justice and climate change. Known as "the Green Patriarch" His All-Holiness emphasised that a change of heart and mind, a conversion, a metanoia, is needed among the world's peoples, as global warming is a moral issue. We do not have the chance anymore to pretend that we don't know about it. "We cannot remain silent or complicit. Healing a broken planet is an imperative for the Church's mission".

Posted by David Hamid at 07:59
Email ThisBlogThis!Share to TwitterShare to FacebookShare to Pinterest