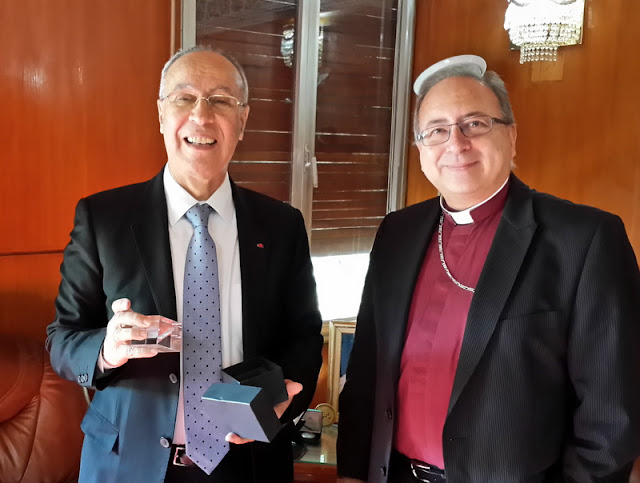 The Church of England along with the French Protestant Church, the Roman Catholic Church and the Orthodox Church (Greek and Russian) are the 4 Christian Churches which are permitted by His Majesty King Mohammed VI of Morocco to function in the Kingdom, ministering to our own expatriate members. Indeed, our Anglican Church is treated with great respect in Morocco, shown by the most cordial welcome I have been given by HE Ahmed Toufiq, the Minister of Endowments and Islamic Affairs. His Excellency provides us with support and advice when we need it, to enable our ministry to expatriate Anglicans to flourish. 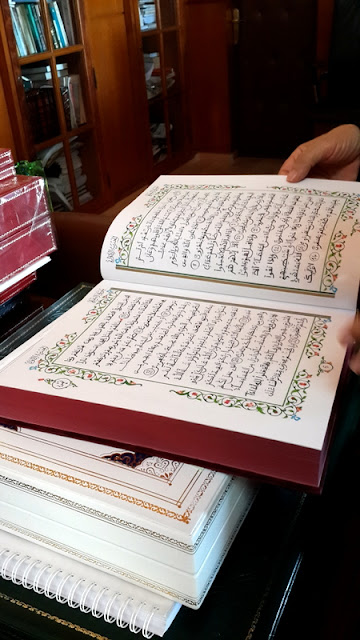 During a recent courtesy visit to his office in the grounds of the Royal Palace on 12 October, His Excellency gave me a gift of a copy of the Quran which has a special significance. Hundreds of thousands of women are being taught to read and write through special classes run by mosques throughout the country. This year alone, a quarter of a million women are enrolled in the programme. The Quran which was given to me is a copy of a transcription done by 77,000 women, each writing one word of the text. 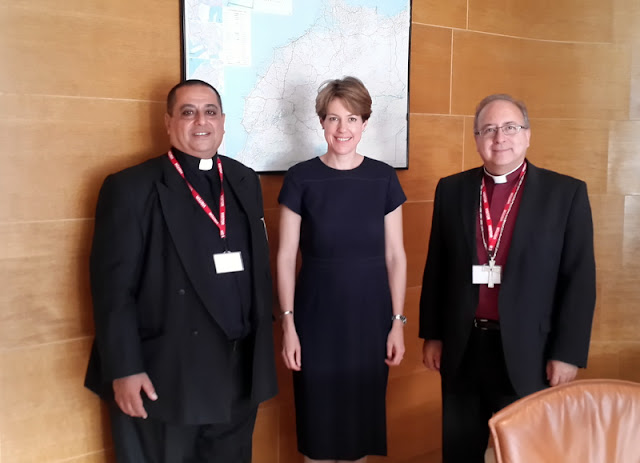 Later that day, Fr Medhat and I paid a courtesy call to the new Ambassador of the UK to the Kingdom of Morocco, Her Excellency Ms Karen Betts. It was the Ambassador's first day on the job, and we were her first official visitors!