The Focolare are a lay movement within the Roman Catholic Church (although there are Anglican member and members from other Churches as well), founded by Chiara Lubich. It consists of some 7000 consecrated members in over 80 countries around the world. They hold their goods in common and dedicate their lives to the realisation of Jesus' prayer "that they all may be one". In addition there are close to 2,000,000 persons associated with the movement in over 200 countries.

The Bishop Friends of the Focolare movement number about 100 and we try to meet each year in some place with ecumenical significance to underline our shared calling as ministers of the unity of the Church, the search for Christian unity being at the heart of Focolare spirituality. Our meetings are a rich experience of communion among the bishops even though from different traditions: Roman and Maronite Catholic, Orthodox, Coptic Orthodox, Lutheran, Anglican, Syrian Orthodox and Czech Brethren. We are not all able yet to share in the eucharist but we commit ourselves solemnly to work to restore eucharistic communion among our Churches.

This past week we met on an island in the Sea of Marmara, Chalki, where a famous theological school of the Ecumenical Patriarchate was established in 1844. (There has been a monastery on the site for over 1000 years, established by St Photios the Great, Patriarch of Constantinople). 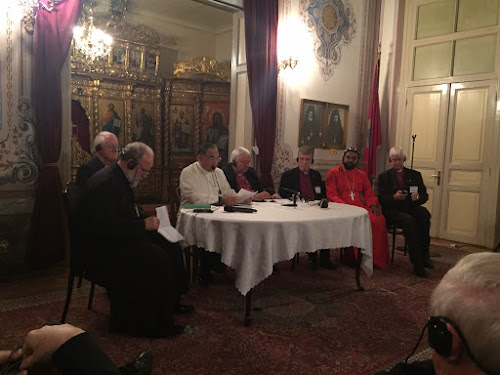 From its foundation the Theological School of Chalki has been central to the life of the Ecumenical Patriarchate, with over 900 graduates, 300 of which became bishops and 12 Patriarchs! It was also a centre of the ecumenical movement, always open and ready to receive students from everywhere and all Churches. It was closed by Turkish state authorities in 1971 along with all other religious-affiliated institutions of learning. However, it is the only such institution that remains closed to this day under the 1971 law. Thus the Patriarchate and indeed the ecumenical movement world-wide is deprived of this resource to train future leaders of the Church. 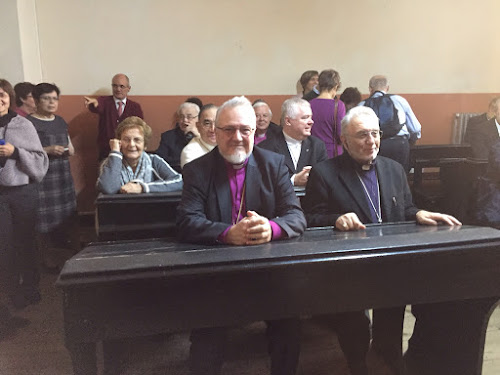 There are no cars permitted on Chalki so the transportation around the island has not changed much since Bishop Geoffrey was first there. 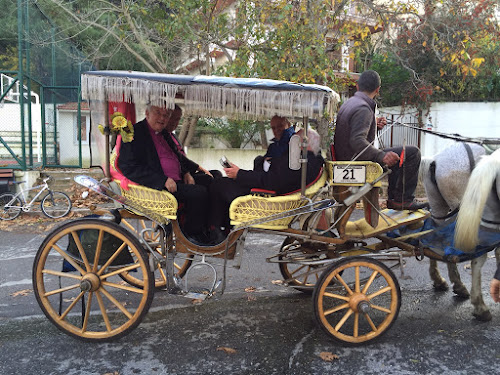 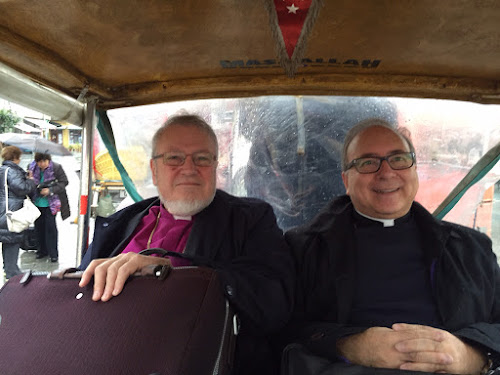 Posted with Blogsy
Posted by David Hamid at 16:20
Email ThisBlogThis!Share to TwitterShare to FacebookShare to Pinterest