On 16 October, His Grace Bishop Angaelos, the General Bishop of the Coptic Orthodox Church in the UK, a close friend and ecumenical colleague, received an OBE from Her Majesty the Queen, for ‘Services to International Religious Freedom’.

It is a fitting honour for one who has worked tirelessly to advocate for religious freedom, calling for the protection of God-given rights and freedoms for all. Bishop Angaelos has testified in the United States Congress on human rights abuses and taken part in a variety of activities to raise awareness of a number of issues in the Middle East in particular, again focussing on the protection of human rights and freedom.

To mark the occasion, on 16 October, I was privileged to take part in an unprecedented service in the Order of the British Empire Chapel in St Paul’s Cathedral, followed Evensong. Many ecumenical, diplomatic and official guests joined members of the Coptic community as Bishop Angaelos led a service of prayer in the Coptic Orthodox tradition. 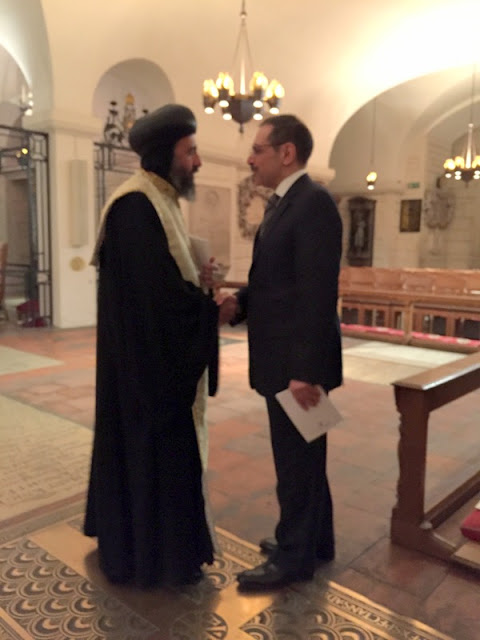