Added joy at a confirmation in Torrevieja

A recent confirmation service in the parish of SS Peter and Paul, Torrevieja, Spain, was special in two ways.

First of all the water that was used for the recalling of baptism was from the Jordan river itself. One of the candidates was given this as a gift to mark the occasion. The gathering at the font is a key part of the rite of confirmation, when those already baptised sign themselves with the water to remind them of their baptismal covenant and that moment when they were born anew in Christ. 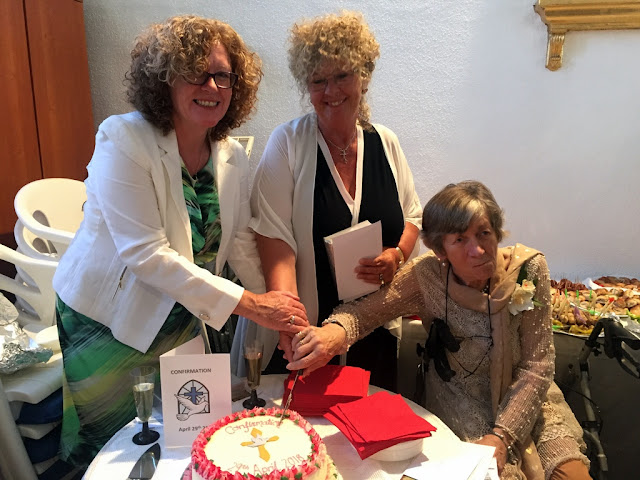 Secondly, a candidate, Carole, from the neighbouring parish (2 hours away!), Costa Almería, joined the candidates from Torrevieja. Carole has mobility challenges which unfortunately prevented her from being able to attend her planned confirmation in her home chaplaincy, but was able to receive the sacrament in Torrevieja, joined by friends from Costa Almería who accompanied her. Torrevieja Chaplaincy is known for its warmth of welcome, and Carole was made to feel most at home. In her own words: "To say that our hosts at St Peter & St Paul, Torrevieja put on a superb display of hospitality would be an understatement." 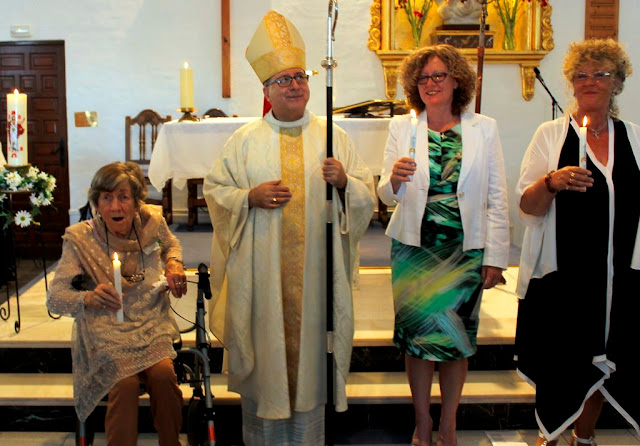 SS Peter and Paul Torrevieja is a chaplaincy consisting of eight churches extending from just south of Alicante down the coast to La Manga near Cartagena. The Chaplain is the Revd Fr Richard Seabrook SSC.


Posted by David Hamid at 12:09
Email ThisBlogThis!Share to TwitterShare to FacebookShare to Pinterest