Deacon Christine Saccali and the Prince of Wales

Deacon Christine Saccali, assistant curate at St Paul's Athens, had the honour of leading a liturgy of remembrance at the Commonwealth War Graves cemetery to the south of Athens on 10th of May. Not an unusual assignment for one of our clergy - except that this event was part of an official visit of HRH the Prince of Wales and the Duchess of Cornwall. 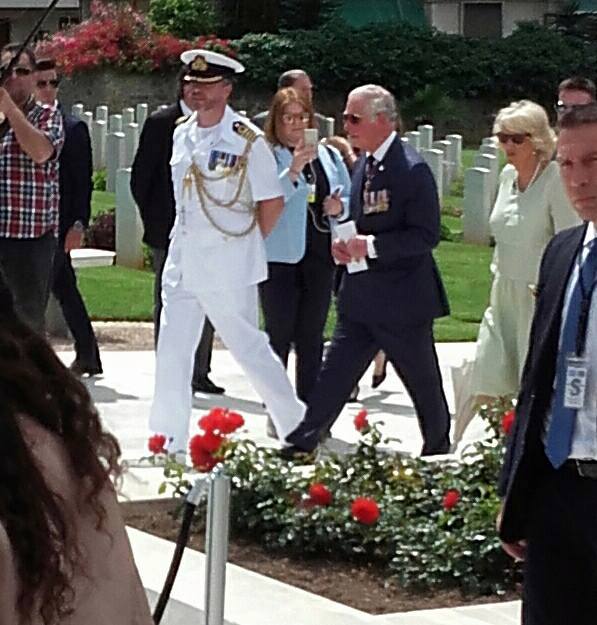 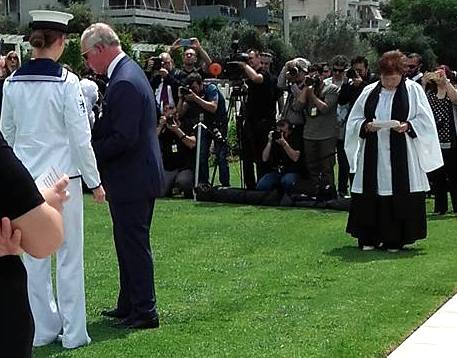 Deacon Christine was presented to Prince Charles who asked her about the location of our Church in Athens. Christine replied "right in the centre of Athens near Syntagma in all the chaos and confusion which is where it needs to be." His Royal Highness then asked, "Do you get a good congregation?", to which Deacon Christine answered, "Yes, as well as visitors and pilgrims in the steps of St Paul." 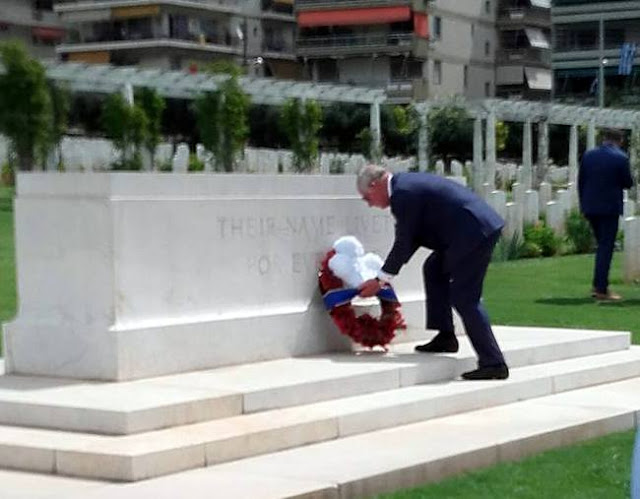 Earlier in the day the Prince of Wales had visited Archbishop Ieronymous of Athens at the Holy Synod. There they talked about Mt Athos, where the Prince has frequently visited. They spoke together of the warm relations between the Anglican Church and the Orthodox and the Prince learned of our combined programmes with Apostoli (the Greek Archdiocese's social outreach arm) for Greeks and refugees. 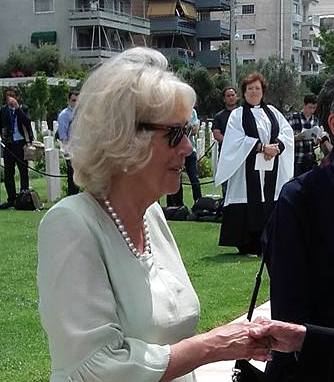 Later in the day, at a cordial Embassy reception reception, their Royal Highnesses, who were clearly well informed about the Church's work in Greece, spoke to Deacon Christine about social programmes to address domestic abuse. 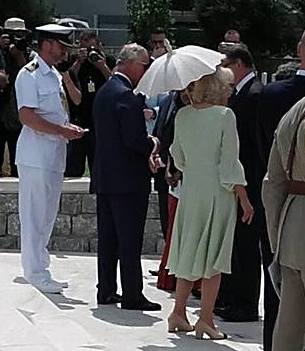 Posted by David Hamid at 18:10
Email ThisBlogThis!Share to TwitterShare to FacebookShare to Pinterest