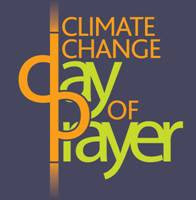 The Diocesan Environmental Officer Brian Morgan has written to clergy of the diocese to draw attention to a press release from Churches Together in Britain and Ireland (CTBI) calling for a Climate Change Day of Prayer on 4 October. The Day of Prayer is an initiative of the Anglican, Roman Catholic, Protestant, Orthodox and Pentecostal Curches who are members of CTBI as well as Christian development and environmental organisations, including Christian Aid, CAFOD, Tearfund, A Rocha, and Christian Ecology Link.
Resources are available on the CTBI website to enable churches and groups to prepare for and run a Day of Prayer, when people can take time out to reflect on the issues and pray together at this critical time in our history. A key aim is to pray for God's will to be done during the decisive summit in Copenhagen, COP 15, from 7 - 18 December, which has been described by some as possibly the "last chance for the planet". (The Archbishop of Canterbury will be attending the summit in Copenhagen, as well as other Anglican leaders such as Archbishop Desmond Tutu and the Bishops of London and Liverpool. The Revd Jonathan LLoyd, the new chaplain of St Alban's Copenhagen, will be organising prayer at the Church throughout the event. I have been asked by Archbishop Rowan Williams to accompany him to Copenhagen).
Sunday October 4th is the suggested Climate Change Day of Prayer, although it can be held on any suitable date. 4th October is St Francis Day and the final Sunday of the Time for Creation, a season increasingly observed by European Christians from 1 September to 4 October, an initiative of the Ecumenical Patriarch which was taken up by Churches at the European Ecumenical Assembly in Sibiu, Romania in 2007. Resources for the season Time for Creation are also available from CTBI here.
Speaking of the Day of Prayer, the Revd Dave Bookless, of A Rocha UK says, "As the world descends into fearful uncertainty, we need space to ask God for his perspective and intervention, to think about what our abuse of creation says about us, and to plead for a new vision of God's purposes for us in his world. I believe the Climate Change Day of Prayer is probably the most important initiative that Christians can be involved in during the lead up to the critical negotiations in Copenhagen". The Revd Dave Bookless will be running workshops at our upcoming Clergy Conference, on environmental issues and the Churches.
I encourage the congregations of the Diocese in Europe to plan a Climate Change Day of Prayer, in co-ordination where possible with other churches and groups. It can be an excellent ecumenical, even inter-faith opportunity. If you know of local resources available in addition to the material from CTBI, I know that Brian Morgan, the Diocesan Environmental Officer would like to hear from you. He would also be interested to know of any plans in the congregations of the diocese observe the Day of Prayer. Brian can be contacted at bmorgan@bcmconsult.ch.

Posted by David Hamid at 21:45
Email ThisBlogThis!Share to TwitterShare to FacebookShare to Pinterest