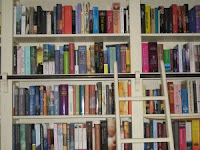 Here is March's book selection. Once again the reviews are written by Dr Martin Davie, the Theological Secretary to the Bishops of the Church of England. If you wish to keep up with current theology the selection here is a good place to start.

9 reviews are below. Just click on the read more link.

John Gunstone, Lift High the Cross, Canterbury Press, ISBN 978-1-85311-817-3, £25.00
This new book by John Gunstone, Canon Emeritus of Manchester Cathedral, is co-published by Canterbury Press and the Society of Faith. It provides a lively and illustrated account of the history of the Anglo-Catholic movement in the Church of England during its golden era, which began in the aftermath of World War I and lasted until the middle of the twentieth century. It looks at the way in which the influence of the movement was widespread in all areas of local, national and international church life and at the way in which the Anglo Catholic Congress became a pioneering evangelistic and teaching agency that was effective in a number of areas including inner city mission, biblical scholarship, social reform, women’s suffrage, liturgical creativity, sponsorship of the arts, church architecture, spiritual direction and the religious life and the development of ecumenism. This book will be of interest to students of twentieth century church history and those wanting to know more about the development and influence of the Catholic tradition in the Church of England.

Douglas A Hicks, Money Enough: Everyday Practices for Living Faithfully in the Global Economy, Wiley, ISBN 978-0-7879-9775-5, £11.99
Douglas Hicks is a Presbyterian minister who teaches at the University of Richmond in the United States. In this new book he considers how the Christian faith relates to living in today’s globalised economy, looking at how a Christian approach to spending, saving and giving offers an alternative to a life of unbridled consumerism. Hicks offers a Christian account of the nature of the global economy and develops a response to living within it that avoids the twin mistakes of seeking to opt out of the market place or uncritically accepting its excesses. His book contains a range of illustrative examples and suggests ways of developing Christian practices that enable us to survive in hard economic times and still reach out in love to others. Hicks’ book comes at issues from an American perspective, but what he says will also be applicable to those living in this country and the book will provide a good starting point for Christian reflection on what faithful discipleship means in relation to the way that we earn, spend and invest our money.

Steve Hollinghurst, Mission Shaped Evangelism: The Gospel in Contemporary Culture, Canterbury Press, ISBN 978-1-85311-842-5, £16.99
This new book by the researcher in Evangelism at the Church Army’s Sheffield Centre aims to renew our understanding of what the gospel is for today’s cultures. The book is in three parts. Part one, ‘Listening to God in the cultural context,’ explores the radically changing culture in which the Church exists today, looking the rise of new spiritualities, the secularisation of society and religion's increasingly dubious public image. Part two, ‘Listening to God in the Christian tradition,’ considers key periods in Christian history as responses to cultural changes, from the ancient pagan world to modernist faith. Finally, part three moves from theory to practice and gives examples of where innovative and culturally relevant communication of the gospel is taking place today in contexts ranging from supermarkets, to festivals, to the internet. The key challenge of the book is whether we believe that God speaks in the cultural context, or only in the Christian tradition, and the book should be of interest to anyone who wants to think more deeply about how to communicate the good news of Jesus Christ in today’s world.

Esther Reed, Work, for God’s Sake, DLT, ISBN 978-0-23252-761-2, £12.95
In this book, which continues DLT’s series publishing the Sarum Theological Lectures, Esther Reed from the University of Exeter explores the spiritual meaning of work. In an age of long hours and high stress for those in work and a growing threat of unemployment how can we still consider work an integral part of the Christian vocation? Is the purpose of work simply to enable us to eat, enjoy quality leisure time and retire as son as possible or is it a blessing of God’s creation that is integral to human flourishing? Given the global implications of the West’s lust for cheap consumer goods is there a moral case for working in order to achieve greater prosperity? In Work, for God’s Sake Esther Reed tackles these questions within a biblical framework, and sketches a theological ethic of work in the context of the hope of God’s coming kingdom. An important starting point for Christian thinking about the meaning of work in today’s world.

Grace Sheppard, Living with Dying, DLT, ISBN 978-0-23252-783-4, £12.95
One of the greatest emotional and spiritual challenges that anyone can face is being with some one they love as they are dying. In her new book Grace Sheppard provides a Christian perspective on meeting this challenge. Drawing on her experience of caring for her husband, David Sheppard, when he was dying, she considers what drives us to run away from difficult times and emotions and how the development of an intimate relationship with God can help provide us with the resources of energy and hope that we need to care for those who are facing death. A helpful book for Christians who want to think about the challenges of caring for the dying and also, perhaps, a useful book to share with non-Christians to show how faith really can make a difference in enabling us to cope with the most difficult times in our lives. 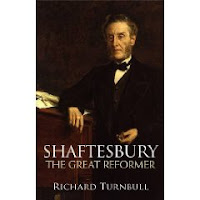 Richard Turnbull, Shaftesbury: The Great Reformer, Lion, ISBN 978-0-74595-348-9, £10.99
Anthony Ashley Cooper, 7th Earl of Shaftesbury was one of the most import Christian figures in England in the nineteenth century. He is best remembered today as a politician and social reformer who had a deep compassion for the poor and who campaigned tirelessly to limit factory hours, to stop the use of boys as chimney sweeps and children in coalmines, and to develop universal education. However, he was also a strongly Evangelical churchman with a deep concern to maintain the Protestant character of the established church against the inroads of ritualism and liberal theology. This new biography of Shaftesbury by the Principal of Wycliffe Hall covers both sides of his life and work. It covers his upbringing and education and looks at his work as a politician and his campaigns for mental health, for factory and industrial reform, for the welfare of climbing boys and for better sanitation and housing. It also explores his personal theology and his contribution towards the founding of the Bible Society, CPAS, the London City Mission, the Ragged School Union and CMS, his role as a defender of the Protestant faith and his involvement in the campaign against ritualism. This is a comprehensive and scholarly study that will be of interest to anyone who wants to know more about Shaftesbury and his continuing legacy.

Henry Wansbrough OSB, The Use and Abuse of the Bible – A Brief History of Biblical Interpretation, T&T Clark, ISBN 978-0-56709-057-7, £14.99
Taking as its starting point Frances Young’s work ‘The Art of Performance,’ this new book from the leading Roman Catholic biblical scholar Henry Wansbrough explores how the Bible has been ‘performed’ differently down the ages, from the use of the Old Testament by the evangelists to the deployment of the Bible in the Israeli-Palestinian conflict today. Wansbrough gives an overview of the development of Christian biblical interpretation and shows how great figures within the Christian tradition, including St. Jerome, Martin Luther, the Wesleys and Cardinal Newman, have both used and abused the Bible A final chapter provides a 'worked example' of lectio divina, giving us a window into the author's personal life of praying the Bible. This is a useful introductory study for anyone who wants to learn more about the history of biblical interpretation and the lessons it might have to teach us for our use of the Bible today.

Tom Wright, Virtue Reborn, SPCK, ISBN 978-0-28106-144-0, £12.99
As its title indicates, this new book from the Bishop of Durham is concerned with re-asserting the importance of virtue as a basic category for understanding the nature of the Christian life. In this book he argues that we should not think of living the Christian life either in terms of obeying a set of rules or in terms of ‘living authentically.’ What we should think about instead is the intentional cultivation of the virtues, those qualities of character that enable people to live out the vocation of reflecting God’s image in the world in anticipation of God’s coming kingdom. As one would expect, Bishop Tom supports his argument with fresh readings of numerous biblical passages and the study as whole will be of interest to anyone interested in thinking about a Christian answer to the two key questions about human existence ‘What am I Here for?’ and ‘How should I behave?’
Posted by David Hamid at 23:16
Email ThisBlogThis!Share to TwitterShare to FacebookShare to Pinterest