The Church of the Resurrection, Pera, Istanbul is inaugurated

Turkish-speaking Christians are a small minority in the country and many groups have tended to split apart from one another. The union of two congregations is therefore significant and marks a maturing in the life of the indigenous Turkish Church. The Anglican Church offers a place where Turkish Christians can find a home that is rooted in the tradition of the Unndivided Church while open to a genuine Turkish expression of Christianity.

As the service began the Churchwardens declared "We come from once distinct communities and now we recgonize and embrace our unity in Christ. As God's people we now gather as one Body, to worship him together". A corporate renewal of baptismal vows followed and a common confession of the faith of the Church. After the eucharist, Fr Engin dismissed the congregation, who held lit candles to signify their life in Christ who is the Light of the World, with these words: "One in heart and one in mind, and empowered by the Spirit, Go in peace to love and serve the Lord".

The Church of the Resurrection is fully part of the Church of England Diocese in Europe. Its worship is eucharistic according to the provisions of Common Worship, translated into Turkish. The music of the liturgy is developing and draws on the rich traditions from Armenia, Persia as well as Turkey itself.  There about 12 children in a Sunday School programme. The congregation embraces its Anglican vocation to ecumenism, and understands its role as a bridge church between the ancient Churches in Turkey, such as the Orthodox, Armenian and Syrian churches, and the new free evangelical congregations which have emerged recent years. The ecumenical guests at the liturgy included representatives of the Roman Catholic Church, the Finnish Lutheran Church, the Dutch Reformed Church and several Turkish protestant congregations in the city. The members also have a strong commitment to service to the wider community, particularly in outreach to refugees. Last Christmas, a lunch was held for over 80 refugees, and members teach English and other skills to the refugee community in Istanbul.

The Anglican presence in Istanbul goes back over 400 years. Christ Church with St Helena's Istanbul, with its chaplain the Revd Canon Ian Sherwood, continues to serve the English-speaking community, and has itself an impressive ministry with refugees. There are other Anglican congregations in Turkey are in Ankara and Izmir.

We welcome the Church of the Resurrection, Pera into the family of our diocese, and rejoice with them in this milestone. We look forward to journeying with them and supporting them in the years ahead.

A note to members of the Archdeaconry of France: in the photo below you will see in use see the gift of the chalice, paten and ciborium which you gave as a gift to Fr Engin's congregation last year. 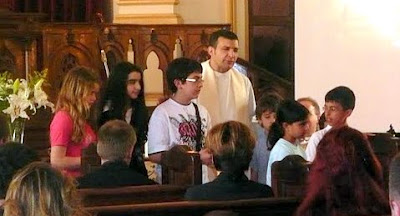 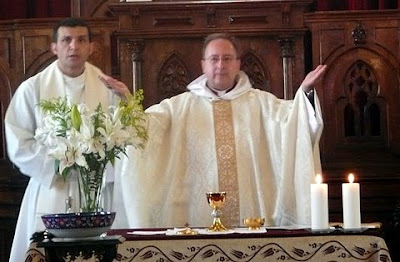 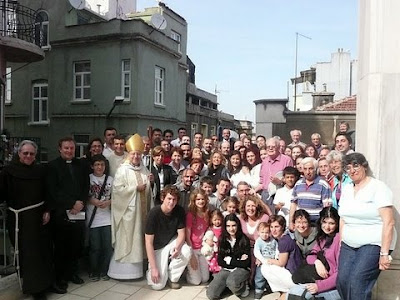 Posted by David Hamid at 12:53
Email ThisBlogThis!Share to TwitterShare to FacebookShare to Pinterest