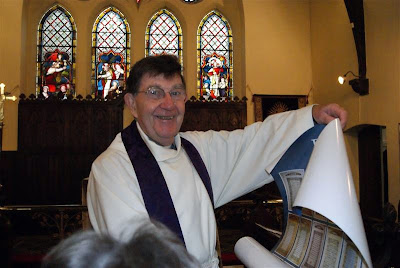 The Revd John Marvell, a retired priest who has Permission to Officiate in the Diocese and who assists regularly in St Bartholomew's Dinard, France, celebrated his 30th anniversary of ordination to the priesthood last Sunday 11 December. To honour the occasion, the priest-in-charge of St Bartholomew's, the Revd Gareth Randall, invited Fr John to preside and preach, and hosted a celebratory lunch following.

Fr John was heartened to see many ecumenical friends, Roman Catholic and Protestant, who attended the service, which was clearly a tribute to his ecumenical leadership as he served as chairman of the Groupement Oecumenique for five years. 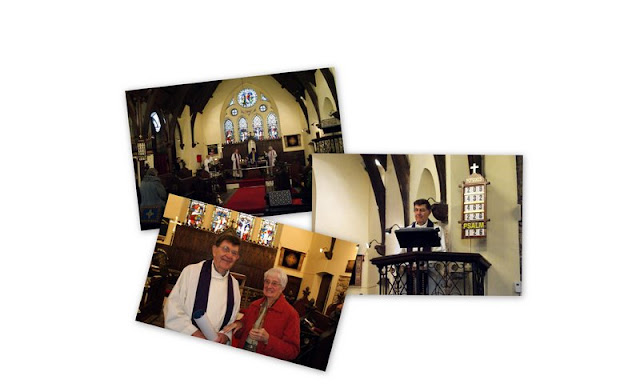 Posted by David Hamid at 07:56
Email ThisBlogThis!Share to TwitterShare to FacebookShare to Pinterest